A CYCLE OF TRASH 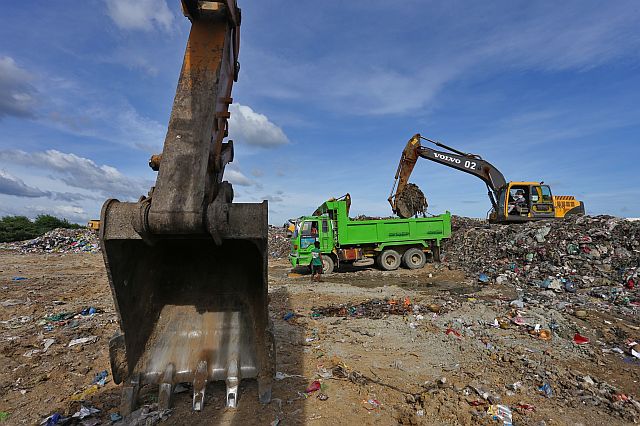 By the first day of the New Year, there is a big chance that the South Road Properties (SRP) has not yet been completely cleared of trash as earlier promised by the Cebu City government.

This much was admitted yesterday by Department of Public Services (DPS) assistant chief John Paul Gelasque.

Gelasque said that while the Jomara Konstruckt Corp., the private hauler contracted by the city government, has removed about 60 to 70 percent of the trash dumped at the transfer station in SRP, it was uncertain if all of the trash could be removed from the site by today’s end, Dec. 31, when the city’s contract with Jomara shall have
ended.

As it is, trash from all the over the city collected by the barangay garbage trucks are still being dumped at the transfer station, a one-hectare area at the back of the DPS warehouse in SRP, even up to last night.

The city government, so far, has no answer as to what will happen after Dec. 31, when Jomara will stop hauling the garbage and with the city still has to find a station other than that in SRP.

“As of now, the city government has not identified any alternative transfer station yet. There are negotiations,” added Gelasque.

In case the city government will not be able to find another transfer station, Gelasque said the barangay garbage trucks have no choice but to continue dumping their trash at the SRP transfer station even on the dates beyond Dec. 31.

(Come January 1, the barangay trucks, barangay loaders and drivers will still be the ones who will collect the garbage in the barangays. The DPS will also continue to collect garbage to ensure our main streets will remain clean. But the dumping area is still the transfer station in DPS in SRP)

He said the city would still need to find another hauler, either by bidding or through a negotiated contract like that with Jomara.

“That accumulated budget of P9.2 million from the emergency procurement should only end on December 31. Whether or not all of it will be consumed by the private hauler, it’s up to them if they can keep up with their task,” clarified Gelasque.

Gelasque also said that Jomara cannot use what is left of the P9.2 million beyond Dec. 31.

“If (Jomara) ha(s) not spent all the P9.2 million allocated to them for hauling the garbage out of SRP, the remaining money will return to the city’s treasury … The city government will only pay Jomara for the tons of garbage they were able to haul out of SRP,” he said.

He added that if there will be uncollected garbage left at the SRP transfer station, the remaining garbage will then be hauled by another private hauler.

“(In case this will happen), possibly on January 1, there will be another bidding or emergency procurement, depending on the mayor, for another private hauler,” said Gelasque.

“That’s why we are urging Jomara to fast-track the hauling because their contract is only effective up to December 31. (Even after Jomara’s deadline), DPS will just keep on collecting the city’s garbage on January 1 and January 2 because it’s our job to clear the streets off of trash,” he stated.

On the other hand, Gelasque finally admitted that the tons of trash hauled out of the SRP were brought to the private landfill in Consolacion that was earlier rejected by Cebu City Mayor Tomas Osmeña for exacting an alleged exorbitant fee from the city government during the Rama administration.

But Gelasque told reporters yesterday that the city has nothing to do with the decision to dump the city’s garbage in the landfill in Barangay Polog, Consolacion, as it was a decision made by Jomara Konstruckt Corp., the private hauler contracted by the city government to remove the garbage that have accumulated at the
temporary dumpsite in SRP. 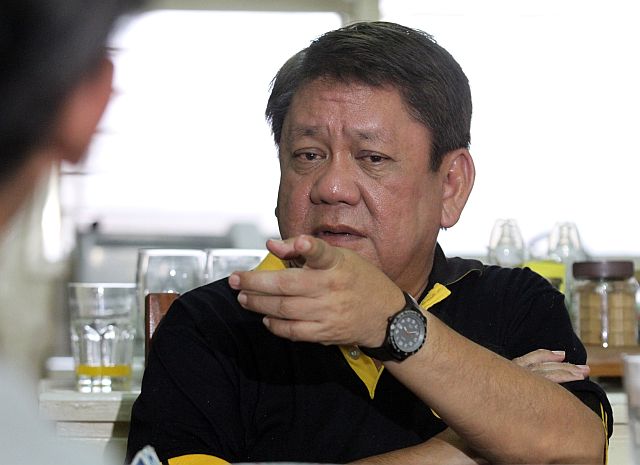 Gelasque said it was Jomara, which the city paid P9.2 million to take care of the city’s trash disposal up to Dec. 31, 2016, that had entered into an agreement with Asian Energy Systems Corp. (AESC), the owner of the Consolacion Sanitary Landfill.

“We would just like to clarify that the Cebu City government has no dealings and contract with the company operating the landfill in Consolacion. It is the private hauler, Jomara, who had a contract with them, and yes they confirmed to us that they’ve been dumping the trash from the transfer station in SRP at Consolacion,” said Gelasque.

AESC previously had an arrangement with the administration of then mayor Michael Rama to haul the city’s garbage. The company, after Osmeña took over in July, tried to collect P32 million in unpaid tipping fees, but the mayor refused to approve the payment because he believed the deal between AESC and the Rama administration was anomalous in the absence of a contract.

Osmeña had also described as exorbitant the P20 million a month that the Rama government was paying to AESC as tipping fee, which ranged from P700 per ton for garbage hauled from the city’s north district to P1,400 a ton for those garbage taken from the south district.

This time, however, the city is paying Jomara P1,375 per ton by just collecting from the transfer station in SRP, covering a total period of only 12 days.

This means that if the city government will continue in January next year this kind of arrangement with Jomara, the city will actually be paying P41.2 million in garbage disposal fees for a period of just 30 days, or double the amount paid during the Rama administration. 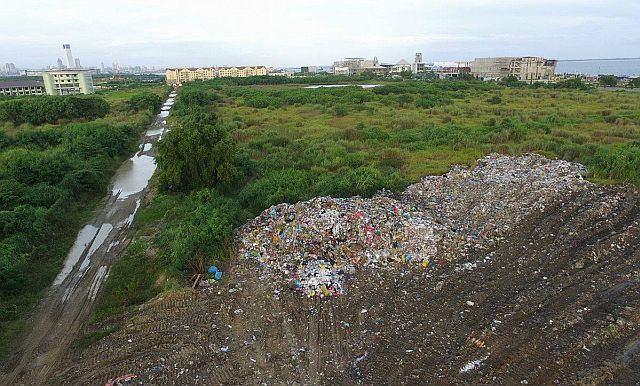 The Department of Environment and Natural Resources (DENR) is now also keeping a close watch as to when the city government would remove all trash from the SRP transfer station.

Environment Undersecretary Isabelo Montejo, in a phone interview, told Cebu Daily News that the Environmental Management Bureau in Central Visayas (EMB-7) will inspect the SRP transfer station tomorrow to see if the area has been cleared of garbage.

Once proven that the city still dumped garbage in SRP after Dec. 31 and that foul smell still emanated from the temporary dumpsite, he said the DENR and EMB-7 would decide if the city would be charged with violations of the Philippine Clean Air Act of 1999.

At the same time, Montejo revealed that only six landfills are authorized to operate in Cebu, to include those in Consolacion, Talisay City, Mandaue City, Danao City, Carcar and Naga City.

Montejo said that in the case of Cebu City, and given its large volume of garbage, only the Consolacion landfill so far has the capacity to accommodate its trash.

The only other option for Cebu City is to build its own sanitary landfill, strictly implement waste segregation and set up its own materials recovery facilities (MRFs) in every barangay as repository of recyclable wastes.

Read Next
Cracker prices up; fruits no change