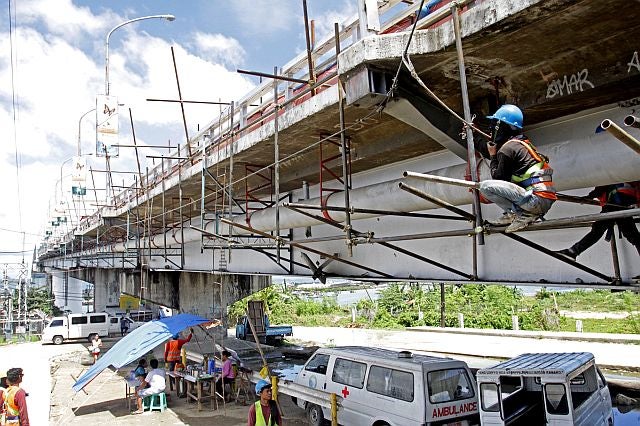 Among the challenges hurdled by the Davide administration last year was the immediate repair of the first Mandaue-Mactan bridge which was completed much earlier than its original 10-month timeline. Repairs, which began in February, were completed by August following several commuter complaints that the heavy traffic resulting from the bridge’s closure on certain hours of the day had taken its toll on business and day-to-day living. (CDN PHOTO/LITO TECSON).

In true Cebuano fashion, the year 2016 kicked off with the Sinulog festivities; but for the Cebu provincial government, last year’s events had a different twist in light of Cebu’s hosting of the 51st International Eucharistic Congress (IEC) from January 23 to 31.

Held just a few days after the Sinulog festival, the IEC was a week-long event, which saw the Provincial Capitol suspending work on January 29 to help ease traffic for the IEC procession attended by at least 200,000 Roman Catholic devotees from all over the world who filled the streets along Osmeña Boulevard.

As the month of February rolled in, the Cebu provincial government was inundated with intense traffic woes as much-needed repairs for the first Mandaue–Mactan bridge began.

Commuter influx was high and the traffic congestion brought about by the project, which also saw the demolition of 50 houses of informal settlers located under the bridge, caused a grid lock.

Commuters, desperate to beat the heavy traffic, left their homes several hours ahead while some resorted to taking ferry boats to cross Mactan Channel.

By February 17, the Mactan-Cebu Bridge Management Board (MCBMB) convened to address concerns with Gov. Hilario Davide III worried about the effects the bridge repairs would have on the business community and the riding public.

With an original project timeline of 320 days or 10 months, the P129-million bridge repair project was momentarily stopped.

Work resumed on April 2 under a much shorter target date, with August 29 as its projected completion date as the Department of Public Works and Highways (DPWH) worked 24/7 to meet the deadline.

By the first week of August, the repair was completed ahead of schedule after DPWH project engineer, Danilo Pasicaran, requested the contractor, Jegma Construction and Development Corp., to add more manpower and equipment and to work 24/7.

Barely three months shy of the May elections and with only four months left in his term, provincial board (PB) member Thadeo “Teddy” Ouano, 71, died from complications of prostate cancer and diabetes on February 26.

Ouano served three terms as Mandaue City mayor from 1998 to 2007 before he was elected to the PB for two terms, from 2010 to 2016. He was chairman of the committee on environment and natural resources as well as the committee on ways and means.

Apart from his wit and contagious humor, Ouano was well remembered for having authored, among others, the Provincial Fisheries Ordinance which bans the capture, transport and sale of all shark species and their parts in the entire province.

With Ouano seeking a third term under One Cebu before his passing, his son Thadeo Jovito or “Jonkie”, took his stead to carry the Ouano political torch.

Meanwhile, the Commission on Elections (Comelec) went full force to ensure that the elections would be smooth-sailing in Cebu. 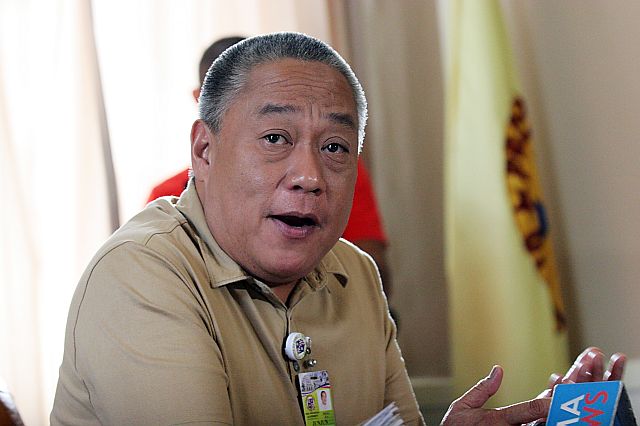 As part of regular preparations, Comelec reshuffled poll supervisors by the second week of February.

While the country braced for a new kind of leadership as then-presidential frontrunner Rodrigo Duterte took the lead, the Cebu provincial government likewise prepared for a new chapter as incumbent Governor Davide ran for a second term in office against former Government Service Insurance System (GSIS) chief Winston Garcia.

A delay in the canvassing of votes from three Cebu municipalities pushed back the official proclamation of reelected Governor Davide and Vice Governor Magpale until the Comelec was able to resolve problems in the transmission of votes from the towns of Malabuyoc, Santander and Cordova.

In Barangay Gabi, Cordova, a special election was held due to misprinted ballots for one of its precincts affecting 436 voters.

The hitch in the canvassing of votes for Cordova also resulted to a delay in the proclamation of other candidates in the 6th congressional district to which Cordova belongs.

With Gabi’s special election held on May 13 or four days after the elections, its subsequent transmission of results finally paved the way for the proclamation of the winners for the gubernatorial seat on May 13.

“Our service will continue. We will strive to strengthen our healthcare services. That will remain our top priority followed by food security, infrastructure and peace and order, of course, social services,” Davide said shortly after his proclamation.

(NEXT: The heat rises with El Niño)

Read Next
Saving Mandaue from Floods and Garbage: The Plastic Bag Ordinance