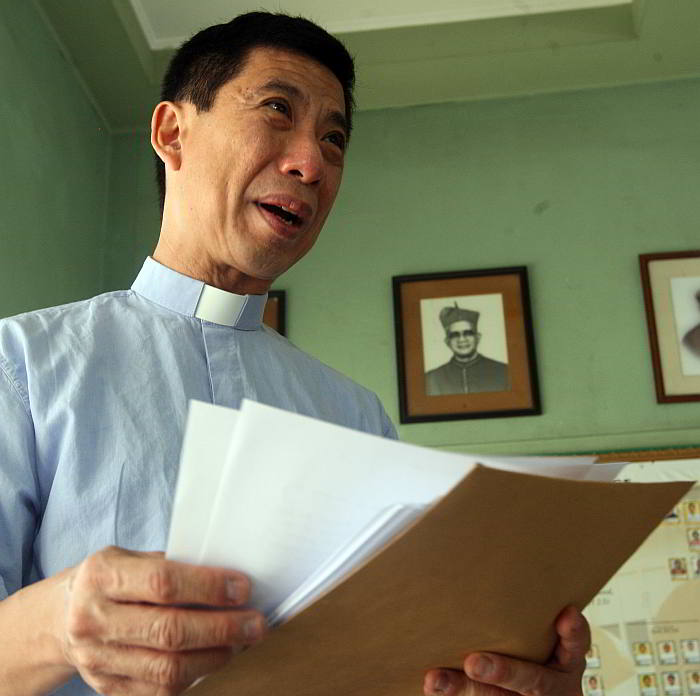 INSTEAD of fighting back, the Cebu Archdiocese offered to pray for President Rodrigo Duterte who recently renewed his tirades against bishops and priests in the country.

“When insulted, the Lord Jesus has taught us not to retaliate. We should rather respond with prayer,” said Msgr. Joseph Tan, the media liaison officer of the Cebu Archdiocese.

While bishops, priests, and a number of lay people were hurt by the President’s statements, Tan said it is not proper to be angry and vindictive.

“Let us not be carried away by emotions and react negatively. That is not fruitful,” he said.

“The burden laid upon the President’s back is heavy. His temperament is short and thus prone to making angry remarks. We need to support him with prayers,” the monsignor said.

The 66-year-old prelate is in Manila for the biannual plenary assembly of the Catholic Bishops’ Conference of the Philippines (CBCP).

In a speech he delivered to families of the slain Special Action Forces (SAF) last Tuesday, President Duterte accused Catholic Church leaders of corruption, womanizing and other excesses.

He also dared Catholic Church officials in the country to resign and said he would do the same if they would take up his challenge.

President Duterte’s tirades were in response to Catholic Church leaders who repeatedly condemned the rising death toll in the Duterte administration’s war on drugs.

Msgr. Tan said President Duterte’s tirades should lead Church leaders to evaluate and reform what needs to be reformed.

“The Church is not perfect. The President’s statement is an invitation for us to straighten our acts,” he said.

Read Next
DTI-7 considers establishing another FabLab in region