Medina’s performance a thing to be proud of 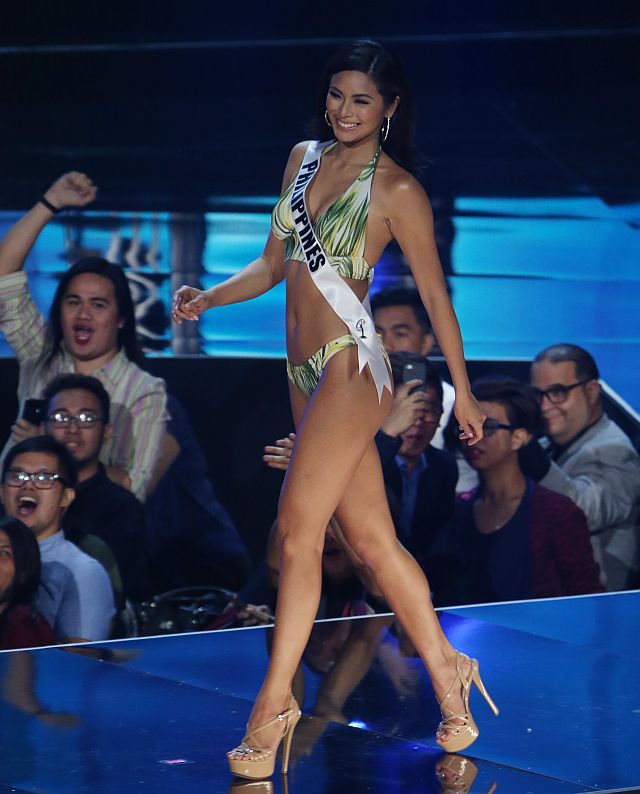 DESPITE the loss of the country’s bet in the Miss Universe pageant yesterday, many still felt satisfied with the results of the pageant.

“It only shows that Miss Universe now prefer women with substance over the pretty ones,” said Ram Morales, an academic coach who watched the pageant at the SM Mall of Asia (MOA) in Pasay City.

He and his friends bought tickets at P5,000 each for an upper box seat at the venue and brought a Philippine flag as they rooted and cheered for Ms. Philippines Maxine Medina, who qualified in the top six choices of the judges.

He said even if Medina did not win the title, her performance was more than enough to make him proud as he had come to accept her Waterloo, her communication skills.

“We all have imperfections, it just so happened that Maxine’s weakness is Q and A,” he told Cebu Daily News.

Medina was the first candidate for the question and answer portion and was asked, “What is the most significant change you’ve seen in the world in the last 10 years?”

Medina answered, “In the last 10 years of being here in the world, I saw all the people bringing in one event like this in Miss Universe. It’s something big to us that we are one. As one nation, we are all together. Thank you. Maraming salamat po.”

“Watching it live with our kababayan having the same goal, dream and prayer to make our very own Miss Philippines Maxine Medina to win back to back, you can feel the tension, the nerve-cracking feeling and the pressure where you feel restless,” Paran told Cebu Daily News.

Another Medina supporter, Marlon Garcia Wafer, chief executive of Wafer Models, said that he also rooted for Medina for the Miss Universe crown.

“I know Maxine did her best to win the crown. My only regret is that the interpreter was not used for its purpose. She could express her ideas most probably if she spoke our language. I think we should enjoy the privilege of allowing us to answer in our dialect so why not do it to be more comfortable just like the Latina candidates,” he said.

Cebu City Mayor Tomas Osmeña, on the other hand, said he still preferred the Festival Queen over the Ms. Universe pageant.
“You know, I think that is why I like the Festival Queen. There you see beauty, wa’y interview interview. And you see dancing. It’s so nice,” the mayor said.

He said he doesn’t really care about the interview portion of the pageant.

“I don’t care about the speaking. Even here, during our Miss Cebu, they put a lot of weight on the interview. I don’t care so much about the interview because there were some beautiful contestants of Miss Cebu that did not win because they don’t know how to answer well. Natural, sa nerbyos na. (Naturally because of nervousness.),” Osmeña said.

Osmeña said the pageant did not really interest him anymore, saying, “Really, after all, they all really look alike.”

But he said Medina’s performance was still something to be proud of.

Vice Gov. Agnes Magpale wasn’t able to watch the pageant because of a meeting.

She said, Medina’s loss was “sad, but anyway, di gyud seguro atong time kay ato baya ang last year (It is sad but maybe it is not our time because we won last year).”

While the pageant was going on, the police got three alerts — two theft alarms, one in Barangay Capitol Site and another in Barangay San Roque, and a report of a Japanese national found dead inside his condo unit in Barangay Apas.