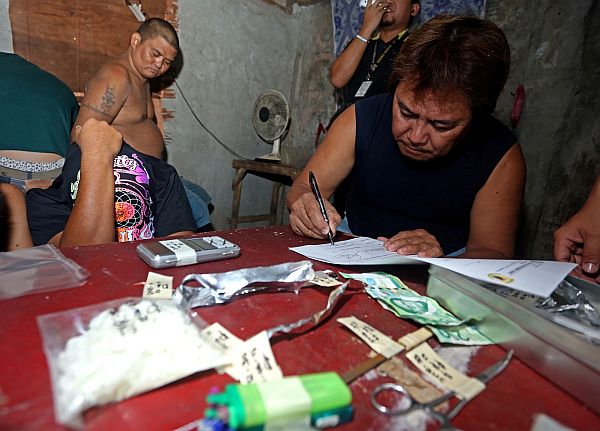 Duljo barangay chairman Elmer Abella signed the inventory of the raiding team of the Philippine Drug Enforcement Agency (PDEA) in their area. Barangay officials are being called to cooperate with the government’s campaign against illegal drugs.
CDN Photo/Lito Tecson

Seized from their possession were 200 grams of shabu worth P600,000, PDEA-7 spokesperson Leia Albiar said.

Charges for violating Republic Act 9165 or the Comprehensive Dangerous Drugs Act of 2002, particularly for selling prohibited drugs, will be filed against the suspects at the Cebu City Prosecutors’ Office.

The offense is non-bailable. The suspects are detained at the PDEA-7 stockade.

Read Next
Police order manhunt for ex-mayor of Aloguinsan