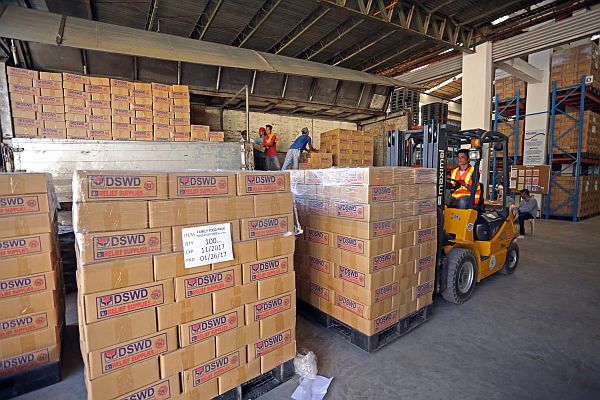 Minda Ocleasa turns 74 on February 21. But instead of throwing a birthday party, she decided to donate the P5,000 she set aside for her party to earthquake victims in Surigao City, saying it will be better spent to help them.

Ocleasa of Sta. Teresita Village, Barangay Tisa in Cebu City was among the very first who responded to a relief and fundraising campaign initiated by radio dyAB to aid the earthquake victims.

Ocleasa herself was a victim of the 7.2-magnitude earthquake which hit the provinces of Cebu and Bohol on October 15, 2013.

The earthquake damaged the ground floor of their ancestral home in Maribujoc town in Bohol province.

Several groups in Cebu including local government units are organizing relief and fundraising activities for the victims of the magnitude 6.7 earthquake which hit Surigao City, Friday night.

The Cebu provincial government is allocating P1 million in financial aid for Surigao City while the Mandaue City government has made a commitment to set aside another P100, 000 cash aid.

The Cebu City government, through the council also plans to put up P500,000.

“Initially, we agreed to give P500,000 to Surigao province. Initially that’s the plan but these are subject for approval of the executive. Maybe they will add up or increase the financial assistance,” said Councilor Jerry Guardo.

He said he plans to visit Surigao and assess the situation there to see if more aid is needed.

Alvin Santillana, head of Talisay City’s Disaster Risk Reduction Management Council, said they are also using their office at the Talisay City Hall as a drop off area for any donations coming from city residents.

They will later turnover all the donations to PDRRMO for distribution in Surigao City.

According to Leah Quintana, DSWD Information Officer, the DSWD in the Caraga Region asked for 30,000 food packs.

The shipment is expected to arrive in Surigao City on Wednesday because the cargo ship will first stop in Jagna, Leyte, before proceeding to

Read Next
DRUG SUSPECT YIELDS AFTER HOURS OF SEARCH