Run for a cause of Latch, Aboitizland on March 19 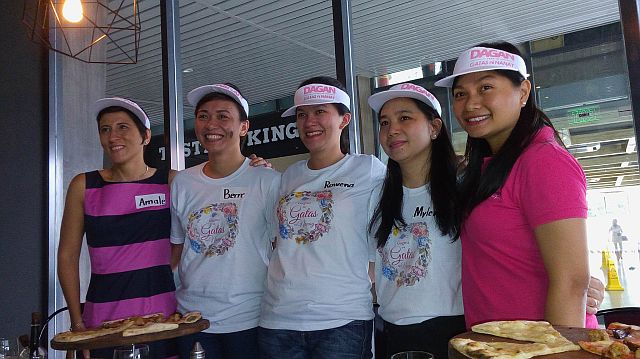 THE LACTATION Attachment Training Counseling and Help (Latch) has been campaigning for the importance of breast feeding in the country.

The footrace, whose stage area will be at The Outlets in Pueblo Verde, Lapu-Lapu City, will offer 1-kilometer, 5k and 10k distances.

In a press conference yesterday at the Piga Fetta Restaurant in Vibo Place along Escario Street, Cebu City, organizers said the running event will be a fund-raising activity that will help complete the Vicente Sotto Memorial Medical Center’s (VSMMC) human milk bank and pasteurizer, which is an important machine for the cleansing and storing of breast milk.

“This pasteurizer will be the first one outside Luzon. This will make the donated breast milk safe to be consumed by infants, especially those who are abandoned or whose mother passed away,” said Aboitizland Human Resource vice president Amale Jopson.

Latch was established in Cebu in 2014 but has been active in Metro Manila since 2006. It is a non-profit organization composed of trained peer counselors, breastfeeding educators and mothers who are exclusively breastfeeding. They are all volunteers who offer quality lactation education and counseling to mothers from all walks of life.

“We have conducted many activities including outreach programs. This will be the first time for us to hold a running event but we are looking forward to its overall success and hopefully this becomes a yearly affair,” said Latch’s Bernadette Sotto.

Meanwhile, one of Latch’s member Rowena Gomez, an accomplished ultra marathoner, wants to shed some light about the misconception of breastfeeding while running.

Gomez said she breastfed her child in a middle of a 50k ultra marathon while taking a rest.

“It’s s not impossible to breastfeed your child while you’re running. It’s a misconception because I’ve done it a lot of times and there were no problems as long as you’re well hydrated,” Gomez said.

Registration fee is pegged at P300. Registration kicks off on February 27 at the Persimmon in Mabolo, Runnr in Ayala Center Cebu, iMEZ building at Pueblo Verde, Aboitizland Admin office and Aboitizland residential communities.

Read Next
Cebu beach spikers to vie in Iloilo tournament