Exporters urged: Get ready for the rebound 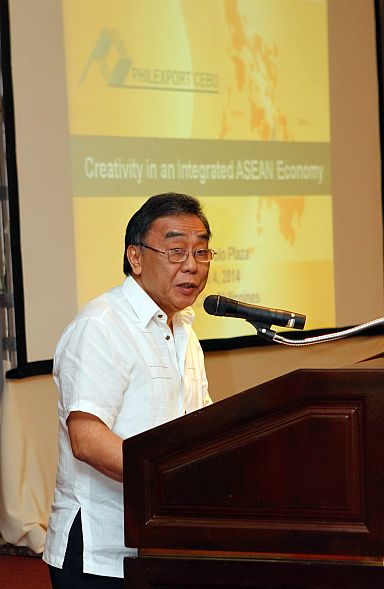 As the country’s export sector faces challenging times, local businessmen are encouraged to prepare themselves when the rebound will happen in the industry.

According to the Philippine Statistics Authority (PSA), Philippine export revenues grew 4.5 percent to $4.71 billion in December 2016 from $4.66 billion during the same period in 2015.

“The months of January and February 2017 seem to have shown a slow but downward trend again. You cannot bet on sustained upward movement just yet,” Escalona said in a text message to Cebu Daily News.

Since the decline of exports in the country and the rest of the world is caused by a slowdown in global demand, Escalona said there is nothing players can do but to be ready once a rebound starts.

Nonetheless, the Department of Trade and Industry (DTI) remains hopeful that Philippine exports will continue to improve in the next quarters.

DTI Industry Promotion Group Undersecretary Nora Terrado, in a statement, said this could be achieved as the agency would implement new strategies in diversifying markets and upscaling products and services amid a slowdown in global trade.

Apolinar Suarez Jr., Philexport Cebu chairman, said there are challenges in 2017, but that he is still looking forward to see improvements this year.

“For now, the biggest concern is the mining industry. Mining operators also contribute to exports. We hope for settlement between (Environment Secretary) Gina Lopez and industry players,” he said.

The Department of Environment and Natural Resources (DENR) earlier ordered the closure of 23 mines and suspension of several mining firms as well as the termination of 75 mining contracts in a bid to rid the country of “indiscriminate mining.”

Other mineral products are among the country’s top five export commodities, growing by 104.5 percent in December 2016, according to the PSA.

This as well as the growth of other major export commodities such as coconut oil (crude and refined; 146.5 percent), metal components (66.4 percent), chemical components (42.1 percent), and other manufactures (35.5 percent) contributed to the sector’s overall expansion during the period covered.

Donato Busa, immediate past president of the Mandaue Chamber of Commerce and Industry (MCCI), said there is a high expectation for sustained growth in the export business.

“This is especially true with the coming of $9 billion in investments from China. We can have this sustained if we take care of infrastructure, especially traffic,” he said.

Busa added this can be addressed by managing truck bans in local government units, putting up mass transport systems, supporting car-sharing initiatives, and providing bus systems for schools, among others.

According to the PSA, electronic products remained to be the country’s top export product, accounting for 50.3 percent or $2.451 billion of total export revenues in December 2016, although it saw a 2.8-percent decrease in total receipts compared to the previous year.

Agro-based products notably increased by 67.5 percent in December 2016, which the DTI said was a good indicator that the agriculture sector would perform well in the coming months.

Based on the PSA report, agro-based products shared 7.7 percent or $377.3 million of the total exports in the period covered.