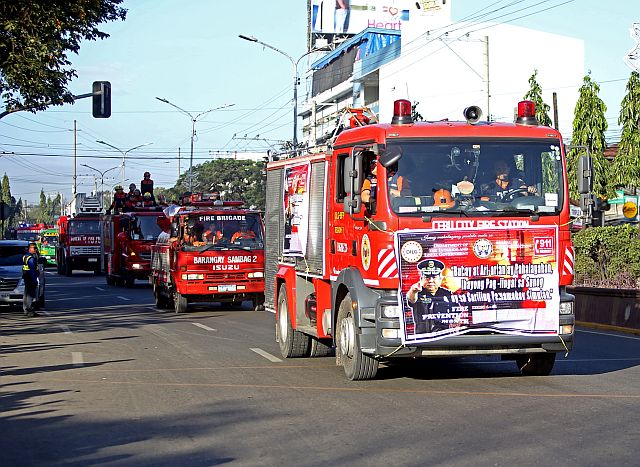 As part of their long-term solutions to prevent fire incidents, the Bureau of Fire Protection (BFP-7) is asking the local chief executives in Central Visayas to donate a lot to be used in the construction of a fire station in their locality.

BFP-7 director Senior Supt. Samuel Tadeo said that having a fire station in every locality will enable firemen to respond immediately to fire incidents and will reduce the cases of fire.

Tadeo said that there are still municipalities in the region that do not have their own fire stations.

Based on the data of BFP-7, 26 municipalities in the Central Visayas — 13 in Cebu, 12 in Bohol and one in Siquijor — still have no fire station.

Tadeo said the local government units (LGUs) will only provide the lots, while the BFP will fund the construction of the fire station building.

Tadeo said the BFP will also provide fire trucks and personnel for the fire station. The lot should measure at least 315 square meters. 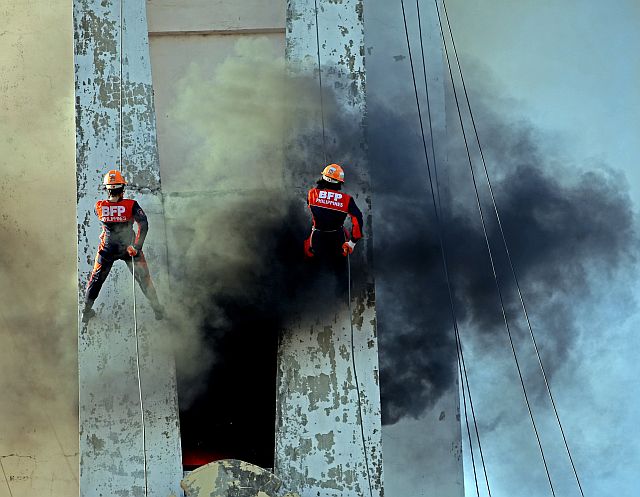 Meanwhile, a 7-year-old boy who wore yellow customized firefighter suit was among the hundreds of firemen who joined the fun walk that kicked off the Fire Prevention Month yesterday morning.

Prince John Rosales was with his 52-year-old grandfather, Edgar Rosales, who has been a fire volunteer in Barangay Ermita for four years now. Prince even enjoyed watching the fire demonstration on how to put out the fire that occurred inside the kitchen.

Edgar promised to support his grandson to achieve his ambition and he even started training him on the basics of fire-fighting.

He was also hopeful that other children would also follow their example of being mindful of fire safety precautions instead of just thinking for fun, like playing with match sticks or candles that may cause fire.

Tadeo was also hoping that more people will join the fire-fighting force as the BFP lacks personnel.

As of now, they only have 1,328 firefighters for the whole Central Visayas. Tadeo said the ideal number of firefighters is one for every 2,000 people. 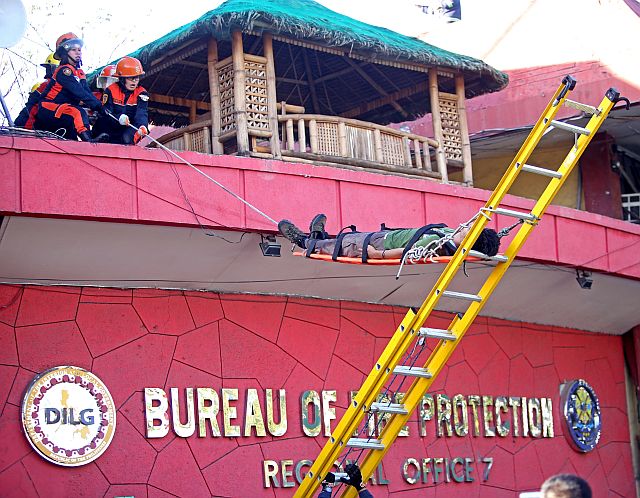 Though another 122 recruits have already started their training yesterday, Tadeo said it is still not enough.

But despite the city fire department having only 24 personnel, they will try to reach every household in the city’s 38 barangays to give seminars on how to prevent fire incident, while other personnel will inspect at least three commercial establishments per day, and school buildings every quarter, Toledo City Fire Marshal Marites Limbauan said.

The city has only three fire trucks functioning as the two other units are under repair.

Most violations noted by the fire station were commercial establishments having no fire extinguishers. The owners of the establishments were made to sign a promissory note, giving them ample time to purchase a fire extinguisher. But if they still could not comply with the requirements, the fire department will be forced to get back their certificates of fire safety inspection that might lead to issuance of a closure order.

The Fire Prevention Month in Toledo City kicked off around  5 a.m. yesterday with a fun walk attended by some residents, followed by a motorcade participated by the police and jail personnel, barangay officials and some company representatives. /Reporter Nestle L. Semilla and Correspondents Fe Marie Dumaboc and Rene F. Alima