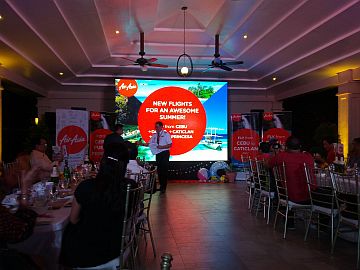 Just in time for the summer season, low-cost carrier AirAsia on Monday introduced direct flights from Cebu to Davao, Palawan, and Boracay via Caticlan.

Starting April 22, AirAsia will fly from Cebu to Boracay and Palawan daily while flights to Davao are scheduled twice daily.

From Davao, AirAsia will also fly to Boracay and Palawan three times weekly as well as to Clark four times werkly.

The airline introduced flights from Cebu to Singapore and Taipei in November last year.

It also increased the frequency of its Cebu-Kuala Lumpur flights from three times to four times weekly as part of its commitment to boost tourism in southern Philippines.

“With our newest routes, AirAsia would like to provide much-needed connections and tap into underserved markets, grow it, as there is definitely great tourism and business potentials in Visayas and Mindanao,” said Comendador.