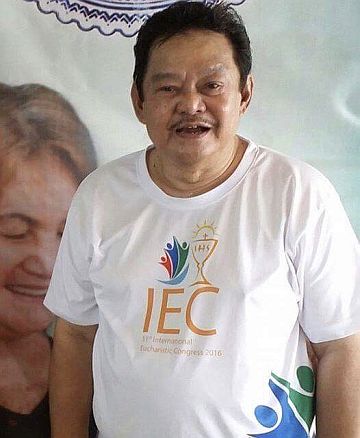 The late Lapu-Lapu City Councilor Damian “Damgo” Gomez Jr. will be laid to rest on Saturday at the Cebu-Mactan Memorial Gardens in Barangay Marigondon.

A Mass at the Lapu-Lapu city hall at 9 a.m. will be held before Gomez’s remains will be transported to the Cebu-Mactan Memorial Gardens for his interment.

The remains of the 66-year-old councilor had been displayed at the city hall lobby since Wednesday for the city’s part of the wake. His remains were at the St. Peter Chapels in Mandaue City during the weekend until the transfer to the Lapu-Lapu city hall.

Nightly prayers during the wake were being conducted at the city hall and flowers occupied almost every corner of the lobby.

Suspended Mayor Paz Radaza and local party officials had also put off discussions about Gomez’s replacement until after the burial of the late councilor.

Gomez died due to complications from diabetes, heart disease and hypertension at the Perpetual Succor Hospital in Cebu City Friday last week.

He is survived by his wife, two sons and two daughters and grandchildren.

Aside from that, he was also the city’s tourism commissioner before he was elected in 2016 for another term as councilor of the city.