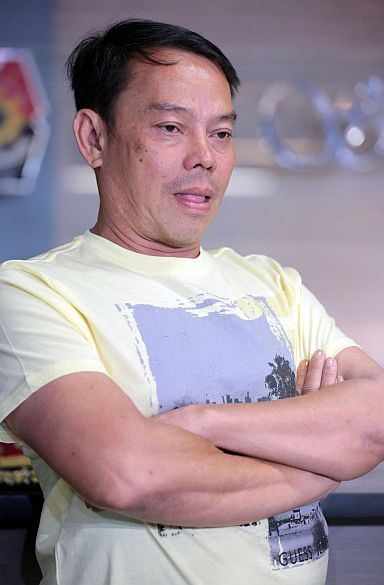 CEBU CITY–The brother of slain Albuera Mayor Rolando Espinosa Sr. welcomed the request of the two Senate committees for the Department of Justice to expedite its preliminary investigation on the criminal case filed against operatives of the Criminal Investigation and Detection Group in Eastern Visayas (CIDG-8) who were accused of purposely killing the local executive.

“All we want to have is justice. I hope this case will not be forgotten,” said Ramon Espinosa, the eldest of seven siblings.

He said their family believed that Mayor Espinosa was intentionally killed by the CIDG-8 operatives and the claims of a shootout inside the sub-provincial jail in Baybay City, Leyte was improbable and unbelievable.

“Binuang man gyud to ang gibuhat sa mga police. (What the police did to my brother was highly irregular),” Ramon said.

He begged off from giving further statement.

Ramon and his wife Emma have been residing in their ancestral home in Barangay Hipodromo, Cebu City where Mayor Espinosa grew up.

Mayor Espinosa and another inmate, Raul Yap, were shot dead allegedly by CIDG-8 operatives led by their chief, Supt. Marvin Marcosinside the Baybay City sub-provincial jail in a predawn operation on Nov. 5, 2016.

The committee on public order and dangerous drugs, led by Sen. Panfilo Lacson, and the committee on justice and human rights, led by Sen. Richard Gordon recently urged the DOJ to expedite its preliminary investigation of Mayor Espinosa’s killing since a multiple murder complaint was filed against Marcos and his men by the National Bureau of Investigation as early as Dec. 7, 2016.

The Senate committees also warned President Rodrigo Duterte against “micromanaging” the Philippine National Police (PNP) after his move to recall a relief order on the group of policemen allegedly resulted in the officers killing Mayor Espinosa.

Read Next
Soc to propose increase of seniors cash aid to P3,000