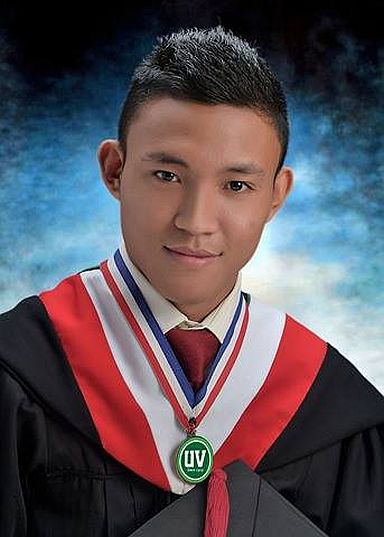 With the help of boxing, ALA Boxing’s Kevin Jake Cataraja earns college degree

Every athlete knows that their time in their respective sport is not going to be forever.

That is why 21-year-old Cebuano boxer Kevin Jake “KJ” Cataraja made sure that he’d be able to earn a college degree.

Yesterday, the ALA Boxing Gym rising pug accomplished that dream, finishing his Bachelor of Science in Criminology course in five years at the University of the Visayas (UV), where he has studied since high school.

“I can’t explain the joy that I am feeling right now because I sacrificed for five years just to finish my studies. I once reached the point of giving up, but my family and my girlfriend were there to push me to continue the fight,” said Cataraja.

While other boxers see the sport as a way to beat poverty instantly, Cataraja saw it as a way to take care of his future. He used his prowess inside the ring to earn a scholarship in UV during his amateur days and when he turned pro in 2015, he used the money he won through his fights to pay for college. He also helped pay for his younger brother’s schooling at UV.

Cataraja said it wasn’t easy balancing his time between studies and boxing. But he made it possible with proper time management.

“You must have a tough mindset to take on two challenges at the same time,” he said. “I took schedules in school that wouldn’t conflict with my training at the ALA Boxing Gym and it worked out pretty well. But it turned out to be physically exhausting, so I had to toughen my self up.”

Cataraja has an unbeaten record so far in five bouts. Of the five victories, four were via knockouts. Cataraja in action against Indonesia’s Ardi “Predator” Tefa in 2015.

“I still remember that I was very behind in our lessons in school because of my training in boxing. But I persevered,” said Cataraja.

Cataraja said being a degree holder feels more special than winning a fight.

But he thanked boxing for teaching him how to be tough.

“Boxing taught me how to make sacrifices, so it has a special place in my heart. Without it, I won’t be where I am right now.”

Cataraja is planning to take the board exam to become a certified police officer this year. He is also looking to continue fighting.

He is actually still undecided on what to pursue in the future, weather to become a police officer or continue his flourishing career in boxing. To settle this, he plans to talk to his mentor, ALA Boxing Gym founder Antonio L. Aldeguer, on how to take on this new challenge.

Read Next
Tabal to use Ottawa Marathon as trial run