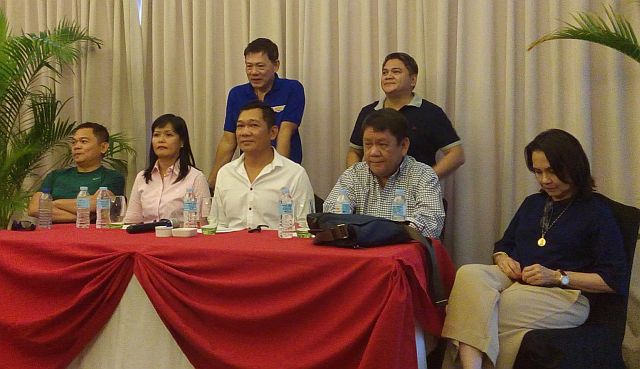 They did not know what hit them.

Cebu City’s Team Rama lost one of their members to the administration camp yesterday morning while most of them were in Manila attending a lawyers’ convention.

The recent development will now give Bando Osmeña–Pundok Kauswagan (BO-PK) the upper hand in the City Council, with BO-PK now holding a simple majority of nine members against the eight members of Team Rama.

“I really did not see this coming. The last time we talked two weeks ago wala man g’yud (there was nothing to be concerned about). Ang ako lang, you know, a text message would have sufficed to inform me about his plan to go out (leave Team Rama),” said Councilor Joel Garganera.

Since Guardo has publicly announced his decision to bolt their group, Garganera said he could only wish his good friend “the best of luck.”

Guardo, a first-term councilor elected in May 2016, appeared with BO-PK leader and Mayor Tomas Osmeña in a press conference on Saturday morning to announce his decision to join BO-PK.

Osmeña introduced him as the “newest member” of their group.

Guardo said he bolted Team Rama because he felt he did not get much help from his partymates in his case before the Office of the Ombudsman in the Visayas. 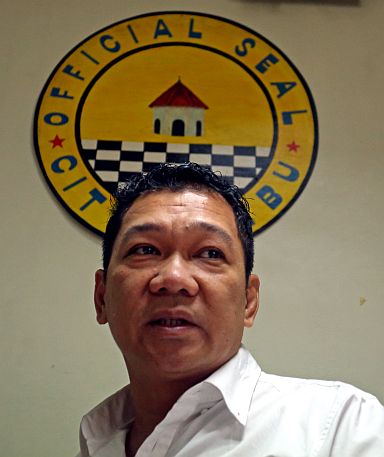 In December 2016, the Ombudsman found Guardo administratively liable for simple neglect of duty for failing to submit the yearend financial statements of Barangay Sambag 1, where he used to be barangay captain, to the Commission on Audit (COA) for the years 2011, 2012 and 2013.

The Department of Interior and Local Government in Central Visayas (DILG-7) implemented his three-month suspension starting on March 17.

Councilor Margo t Osmeña, the council’s minority floor leader and the mayor’s wife, said their growth in number will help BO-PK lobby for the passage of legislation that have remained pending before committees held by Team Rama councilors.

Among them is the proposed ordinance of Councilor Nendell Hanz Abella to sell three hectares of Pond F of South Road Properties (SRP) for at least P110,000 per square meter, or around three times the price of the lots totaling 45.2 ha. that were sold for P35,000 to P38,000 per sq.m. during the term of former mayor Michael Rama.

Abella’s proposed measure is pending before the committee on law chaired by Councilor Raymond Garcia of Team Rama.

Another measure, proposed by Councilor Eugenio Gabuya, which seeks to open a transfer station inside the Inayawan Sanitary Landfill, is also being held back by Team Rama councilors.

“To us, this (Guardo’s addition) is very important for obvious reasons. But things will have to fall at its proper time because Jerry is still suspended. No rush,” Councilor Osmeña told Cebu Daily News in a phone interview.

After Guardo completes serving his suspension in June, BO-PK can then push for a reorganization of the council’s committee chairmanships, said Ms. Osmeña.

“Now we are still 8–8 at the City Council. But when we become 9–8, chairmanships will have to change. We just have to wait. We can wait. There is no rush,” she said. “There is going to be a very significant change that’s going to happen but as to when it will happen? It will happen at its own time. When it comes, it comes.” 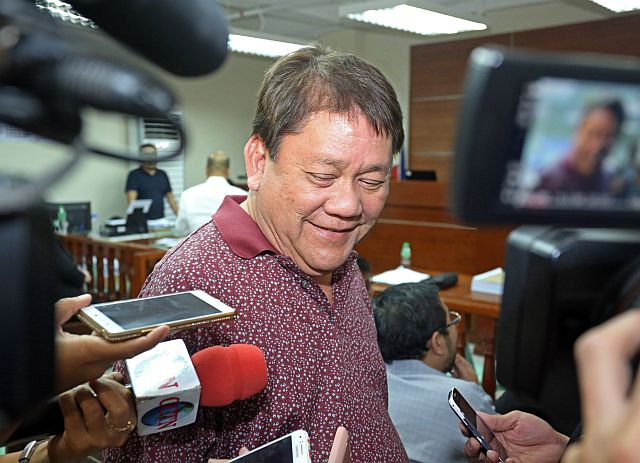 Guardo is now expected to also get a deputy mayor post.

Abella, on the other hand, insisted he remains an independent even as he is now identified with BO-PK.

“I’m still independent pa. I will keep my options open but I will decide very soon. BOPK is inviting me to be part of their family,” he told CDN in an interview made through Facebook Messenger.

Abella is now in Manila to attend the Integrated Bar of the Philippines (IBP) Convention and Mandatory Continuing Legal Education and is expected to meet in the same March 23–26 convention his former partymates — former mayor Rama, Labella, Daluz, Pesquera and Garcia — who are also lawyers like him.

According to a source, there was an earlier attempt to invite another councilor to join BO-PK, but the negotiations failed after words leaked out that a Team Rama councilor was going to join BO-PK.

In the case of Guardo, the talks began early and was kept private to ensure that the councilor would make an independent decision if he would shift alliances.

Former mayor Rama, who was attending the IBP convention, begged off from commenting on the issue when reached by CDN yesterday.

He said he would answer questions in a press conference that he would call this afternoon after he returns to Cebu City.

Councilor Osmeña, on the other hand, said no offers were made to convince Guardo to join BO-PK.

“It was not a plot that was conceived, thought of and implemented over a time frame,” she told CDN. 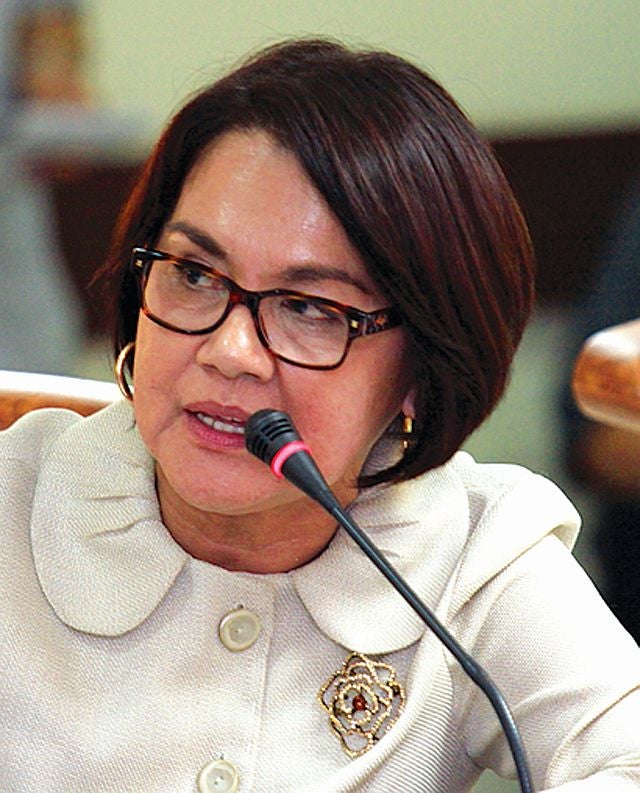 She noted that it was Guardo himself who said during the press conference that he felt betrayed that Team Rama member Lemar Alcover, who is now the Sambag 1 barangay captain, did not bother to follow up the case that involved the failure to submit the financial statements of the barangay, which resulted in him getting suspended.

Guardo, during the press conference, stressed he was unhappy with the suspension as the public might think it happened because he was corrupt.

Guardo also explained he needed the administration’s backing to successfully implement his programs as chairman of the City Council’s infrastructure and sports committees.

Councilor Osmeña, meanwhile, revealed that Guardo’s older brothers, Jonathan and Jason, might have influenced his decision to bolt Team Rama.

Delos Santos told Guardo during the press conference that he made the right decision in joining BO-PK, recalling her own decision to also bolt Team Rama in August 2015.

Delos Santos said she now belongs to a “family” that empowers its members because important functions are delegated to them by Mayor Osmeña.

The mayor said BO-PK councilors are free to pursue programs they are passionate about, and Guardo will be asked and given tasks related to what he wants to do for the city. 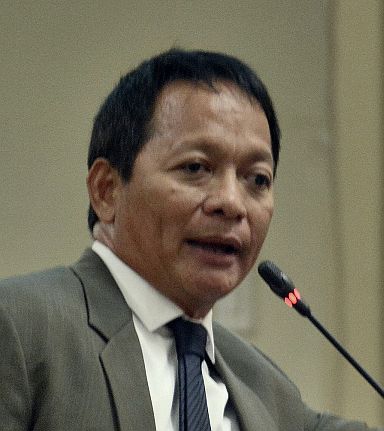 Garganera, for his part, said that he is now nursing a “broken heart” over Guardo’s departure from his party, as the latter is close to him and his family.

“I’m really nursing a broken heart. Not just my heart but the heart of my family,” he told CDN in a phone interview.

Garganera said he hoped that Guardo will still continue to support the causes of Team Rama, including their opposition to Mayor Osmeña’s plan to reopen the Inayawan Sanitary Landfill.

“I just want to appeal to Jerry that he will continue to stand with us on the Inayawan landfill issue, which I will really fight to the end. I hope iyahang baruganan magpabilin gihapon, dili tungod sa nausab iyang partido. Kani mga issue man ni sa dakbayan. Ngari ta dapig sa mga tawo (I hope he will remain steadfast and will not change his belief because he changed party affiliation. These are issues involving our city; we should be on the side of the people),” said Garganera.