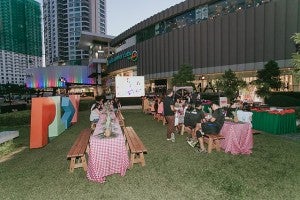 THERE are two types of individuals this summer: the ones who love the outdoors, making the most out of the sun; and the ones who wish to stay inside the comforts of home or covered spaces, just to relax.

Whichever way you like it, Ayala Center Cebu got you covered, as it transforms some of its spaces as playground, bringing in new activities, because summer after all, is about having fun and creating wonderful memories, no matter what age you are in.

Bored? Stroll around the mall and you might find the best game that suits you—in life-size form. Create wonderful memories with family and friends and play giant ring toss and jenga, among others, at the PLAYPark, located behind the UCC Cafe of Ayala Center Cebu. 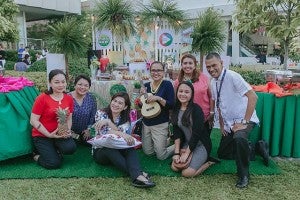 Bong Dy (second from left), General Manager, with the rest of the Ayala Center Cebu team

Experience some of the best homegrown Cebuano talents, right at the convenience inside the mall, as 22 Tango Records brings “Songs of Summer” at the rooftop deck of the new wing of Ayala Center Cebu every Wednesdays.

Play and bring your imagination to life, as Jumping Clay has secured a spot for kids and kids at heart, to be creative and learn about texture, shape and form while having fun.

Either you want to learn a new skill or has been targeting that black belt you have long been wanted, there is something that best suits you. This, as Ayala Center Cebu brings in Taekwondo classes every weekdays at the Active Zone. 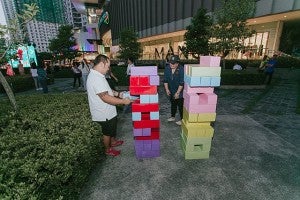 Vanguard Cardfight
(April 1 to May 27)

Grab that deck and start the fight as Vanguard Cardfight by Play 2 Learn, has found the perfect corner for card fighters at the Active Zone in Ayala Center Cebu, in all Saturdays of the month of May.

Get that groove and learn how to move those hips right as Cebu Salsa Club turns the Active Zone as a studio to catch up on some summer latin dancing every Monday to Thursday.

Summer workout plan Be fit and fab this summer as Coach workouts are made more fun and convenient, with Coach A Metabolic Fitness Camp (April 25 to June 3) and Gold’s Gym Fitness Sessions (March 3 to 31) at The Ayala Terraces.