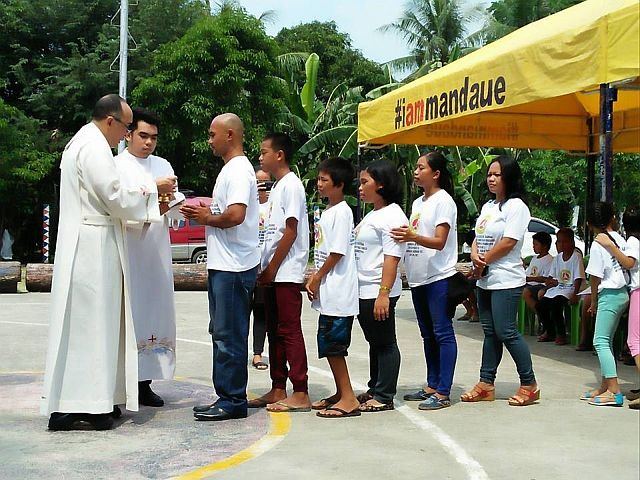 History was made on April 28, 2017, when 34 drug recoverees and 21 street kids graduated from the Farmer Scientists Training Program (FSTP) Phase 1 in Barangay Subangdaku, Mandaue City.

It was the first time that the graduates of the FSTP were not farmers but drug recoverees and street kids.

The graduation ceremony was attended by no less than the father of the FSTP himself, Dr. Romulo G. Davide.

In his homily, Fr. Diola highlighted that if something comes from God, it endures.

Having witnessed the growth of FSTP through the years, he expressed his conviction that FSTP is divinely inspired.

In his inspirational message, Dr. Davide expressed his joy that the fruits of the FSTP, spiritual conversion and material transformation, are now shared by street kids and drug recoverees.

The graduates received certification from the Agricultural Systems Institute and the College of Agriculture and Food Science of the University of the Philippines – Los Baños.

Among the recipients was former drug dependent Victor Arogante of the Lahat Bangon program, who narrated how the FSTP has helped him in his recovery from substance abuse.

He said that the FSTP has not only given him a source of income but also an appreciation of the value of the little things in life.

Ma. Georgia Cogtas, also an FSTP graduate, compared the FSTP to a sort of training in nurturing a relationship.

FSTP is a research, development and extension strategy initiated in 1994 that aims to bring scientific methods of farming to farmers.

Phase 1 comprises of lectures and actual fieldwork in an experimentation area. Phase 2 involves the application of knowledge and skills learned in phase 1 in their own garden.

The program was adopted in 2016 by Dilaab Foundation Inc. in partnership with Barangay Subangdaku, the City of Mandaue, DOST, the UP–Los Baños./PR