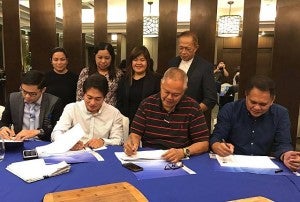 A Cebu-based company engaged in medical and septage waste treatment business has secured a P120 million loan from the Development Bank of the Philippines (DBP) to finance upgrading and expansions set this year.

In an interview, Pollution Abatement Systems Specialist, Inc. (PASSI) president Jolito Pogoy said because of the growing market in Cebu, with more hospitals, clinics and private laboratories now setting up shops, they need to upgrade their medical waste treatment facility in the province.

“We will upgrade to semi-automatic equipment that will enable us to improve our existing processes now. With the upgrade, we can also accommodate bigger volume,” he said.

A plan to setup a septage treatment facility is also in place, however Pogoy declined to give more details.

As of now, the company treats 95 percent of Cebu’s medical wastes with at total of 288 clients that includes private laboratories, clinics and hospitals.

Pogoy said that as Cebu’s economy grows, they expect the market to expand further thus their decision to position themselves first.

“Our existing operations has catered to only around ten percent of the total demand in the country,” he said.

Aside from Cebu, the company is now also expanding to other locations including Iloilo City, Davao City and Bacolod City.

He said these are areas where they also see growth in terms of the number of health services providers setting up.

Development works are now underway for their facility in Davao City which is located near the landfill.

“We have secured the ECC (environmental compliance certificate). Soon we’ll start building the facility which is located in a 2-hectare area adjacent to the landfill,” he said.

Meanwhile in Bacolod City, Pogoy said they are now looking at possible sites to setup the facility.

He said they target to have the facility operational within a year.