Animals better off in Amlan – Labella 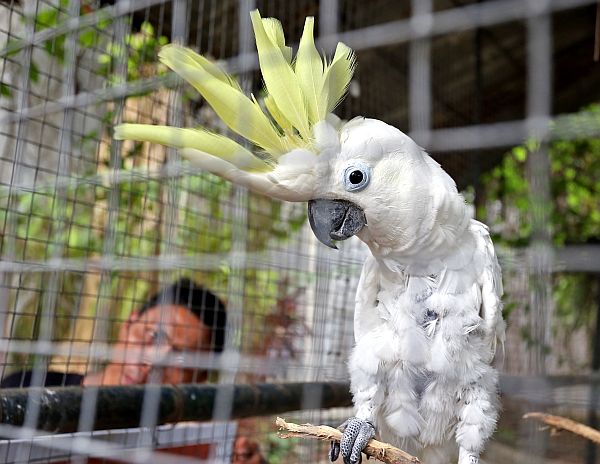 Animals at the Cebu City Zoo, including this sulphur-crested cockatoo, have been transferred to Amlan’s Dreamland Nature and Adventure Park.
CDN PHOTO/JUNJIE MENDOZA

CONSIDERING the sorry state of the Cebu City Zoo, Acting Mayor Edgardo Labella said the animals could be better off now that they have been donated and transported to Amlan town in Negros Oriental.

But he still said that the city should still try and establish a bigger facility like a zoological and botanical park with better amenities.

“What’s important is that if they are placed in Amlan, they should be properly taken care of there. Animals in zoos should be placed in simulated habitats,” he said in a press conference yesterday.

Labella has been appointed acting mayor starting yesterday until tomorrow, May 10, by Mayor Tomas Osmeña, who is currently in China.

They were transferred to Amlan’s Dreamland Nature and Adventure Park.

Labella said he is okay with the transfer as long as there is a proper closure plan for the facility which includes how to deal with the animals after its closure.

Labella lamented that in Cebu City Zoo, the animals were placed in small cages which are a far cry from how their natural habitats would have looked and felt like.

He said this is contrary to the Animal Welfare Act of 1998.

“The zoo we have is too small. I hope this administration will not abandon plans to look for other areas suitable for a zoo,” he said.

Labella added that there should be areas like in the mountain barangays of the city that are big enough and are suitable for a new zoological and botanical park.

For one, he said he can help in getting donations of animals and wildlife from other countries that can be placed in a new and better facility.

Labella also said that the private sector can look into the possibility of establishing this kind of facility in Cebu City.

Read Next
Storm-resilient rooms for Samar