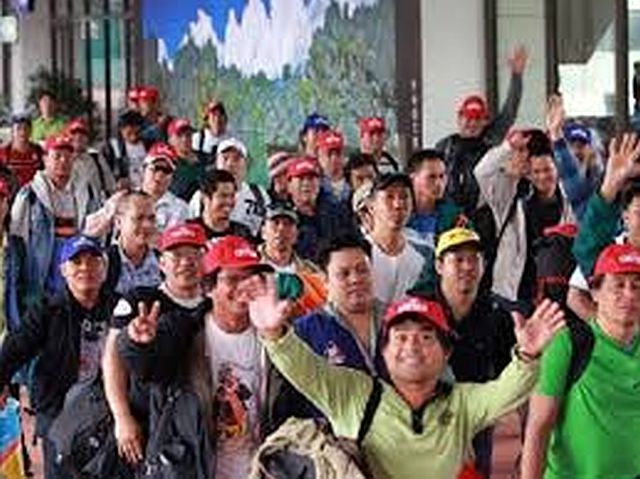 Overseas Filipino Workers (OFWs) will no longer have to worry about their passport renewals after Senate passed a law extending the validity of passports to 10 years.
/Inquirer file photo

Eighteen senators on Monday voted to approve on third and final reading a measure extending the validity of Philippine passports from five years to 10 years.

Villar, vice-chairperson of the Senate committee on foreign relations and sponsor of the bill, said the proposed measure would make travel abroad easier, especially for overseas Filipino workers (OFWs).

“We owe a lot to our OFWs. They keep our economy afloat with their remittances of approximately $50 billion annually. Giving them a 10-year guarantee on their right to travel abroad will certainly be a great help to them,” she said in a statement.

Villar pointed out that at present, the Philippine passports are valid for five years but they could longer be used six months before the expiration date.

“Our Constitution guarantees our countrymen’s right to travel. We should indeed have the freedom to move around and even leave the country for whatever valid purpose we may have,” she said.

“We could only be prevented by the government from leaving the country if there is a statutory basis for it; and the grounds are limited only to matters of national security, public safety or public health,” she further said.

The measure, she said, also sought to prevent backlogs in the issuance of passports with the extension of its validity.

Cayetano, chair of the committee on foreign relations, hailed the passage of the bill, saying it was in line with President Rodrigo Duterte’s promise to promote the welfare of the people.

There was a need, he said, to make the passport application process more “seamless, convenient, and pro-people,” especially to OFWs, as any delay in processing their travel documents could cost them their employment abroad.

“Simplifying our passport application system would ease our people’s burden of having to renew their passports every few years. It would also prevent any backlogs in the issuance of passports,” said Cayetano.

The same measure was approved in the House of Representatives last February. /Inquirer.net

Read Next
Thousands in Madrid demand end to Spain’s bullfighting