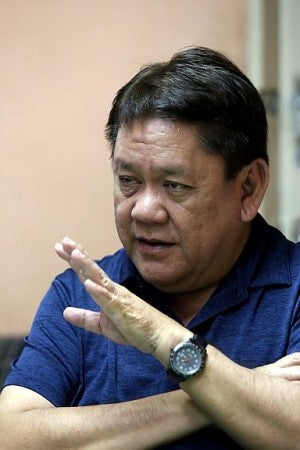 He said as soon as he gets the majority in the council, they will start working as consultants.

One of the new consultants is former councilor Alvin Dizon who was appointed to handle the city’s Anti-Discrimination Commission, which includes the lesbian, gay, bisexual and transgender (LGBT) community, the elderly, persons with disabilities, youth and ethnicity-based  groups, among others.

“One of his immediate assignments is to build up our bond with the Muslim community. They have the Ramadan coming up. (We will) ask them what we can do,” Osmeña said.

The mayor said he wants to bring the government closer to the Muslim community.

Also, Dizon is in charge of the Sister City Commission. Dizon is coordinating the mayor’s trip along with other officials to Haarlemmermeer in Netherlands.

In a separate interview, Dizon said he plans to enhance the city’s collaboration with other sister cities in order to implement concrete projects in the areas of climate change, education, culture and arts, youth exchange and other programs.

“I told the mayor that I will help the city in forging partnerships with various stakeholders in promoting culture inclusiveness,”  he said.

Osmeña said that in the long run, there will be others who will be appointed as consultants especially on legal matters.