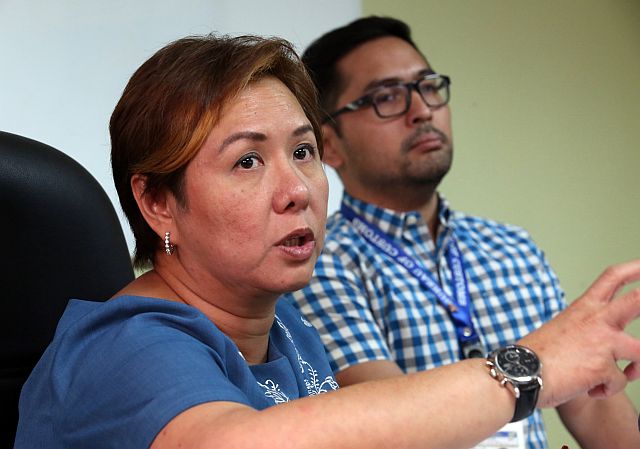 THE Bureau of Customs (BoC) Cebu office clarified yesterday that there was no shipment of smuggled rice at the Cebu port even as it reiterated that Cebu is “rice smuggling” free.

BoC District Collector Elvira Cruz said a claim by Philippine Daily Inquirer columnist Ramon Tulfo that there were “200 containers of smuggled rice” that were unloaded at the Cebu port may have referred to cargo vessel MV Quang Minh.

The vessel came from Bangkok, Thailand, and carried 3,080 tons of rice when it docked in Talisay City, southern Cebu last April 10.

Cruz said while the rice shipment had import permits, it was not released.

In yesterday’s press conference at their office, Cruz said the BoC-Cebu issued a warrant of seizure and detention after the Villa Shipping company failed to file a notice of arrival, a violation of Section 113 of the Customs Modernization Act.

Villa Shipping, which owns MV Quang Minh, will be asked to explain why they failed to give notice of the ship’s arrival by prosecutors from BoC-Manila who will arrive in Cebu next week to hear their case, Cruz said.

If they fail to justify their shipment, it will be forfeited in favor of the government, she said.

“Failing to file a notice of arrival is just a procedural lapse, but it is a major violation because you can do anything with the shipment because the Customs was not aware of your presence,” said lawyer Lemuel Erwin Romero, deputy collector for assessment.

Cruz also denied reports that some shipments are being stolen or illegally sneaked out of the Cebu port.

In his On Target column, Tulfo alleged that “118 containers loaded with smuggled rice have slipped through the Bureau of Customs.”

Cruz admitted that there were rice shipments that arrived at the Cebu port.

They were later released although their import permits were complied with belatedly, she said.

“Why it (import permit) was signed late, we cannot answer that,” Romero said.

He said the 160 containers of rice owned by Pilmico were released in the second week of May.

The 60 containers of rice shipment of Mechanism Farm was released last May 31.

Cruz also told reporters that their office will not engage in any irregularity.

“To the smugglers, we are watching you and we will catch you. We are responsible people here, our duty is to collect taxes and not do any hanky-panky,” she said.

Read Next
No cash aid yet for whirlwind-hit families