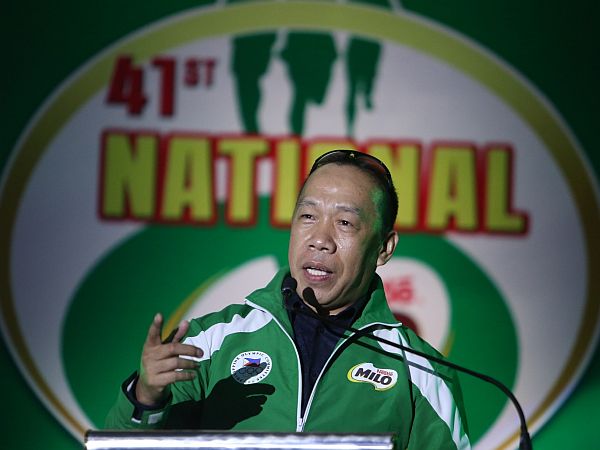 Makati City—With Cebu City hosting for the first time the grand finals of this year’s National Milo Marathon series, organizers vowed to do their best to put up a memorable race that will highlight the Queen City of the South.

The finals of the prestigious footrace that produced stars such as Cebuana Olympian Mary Joy Tabal will be held on Dec. 3 with the staging area set at the Cebu City Sports Center (CCSC).

Leading the organizing crew is CCSC manager and Sinulog Foundation chairman Ricky Ballesteros, who was named the best organizer for the Milo Little Olympics and the Milo Marathon regional leg in 2014, 2015 and 2016.

Ballesteros joined Nestle and Milo executives in the official launching of the National Milo Marathon series yesterday at the I’M Hotel here.

“Cebu is known for [the] Sinulog [festival] so we have to come up with a festive atmosphere during the race,” Ballesteros said. “We will make sure to come up with a scenic route that will showcase Cebu’s cultural and heritage sites.”

The grand finals is expected to gather 20,000 runners. Tabal is the four-time women’s national champion.

This is the third year that the finale is held outside of Metro Manila. In 2015, the race was held in Angeles City, Pampanga. In 2016, Iloilo hosted the finals.

Cebu was already offered hosting rights years ago, according to Ballesteros.

According to De Vera, there are a few changes made for this year’s series.

From 14 regional legs last year, two more were added. These are the Laoag and Roxas legs.

The regional races start this Saturday in Urdaneta City and will end on Nov. 19 in Cagayan de Oro.

Winners in the 21-kilometer race and age groups in the regional legs will qualify for the grand finals.

The grand finals will feature a 42k distance.

De Vera also said that the top three in the age group in the grand finals will be awarded.

The champions of the full marathon in the grand finals will be sent to compete in international marathons. They are eyeing to send the champions this year to the Tokyo Marathon.

Read Next
All set for 4th Baddicts Stars Badminton