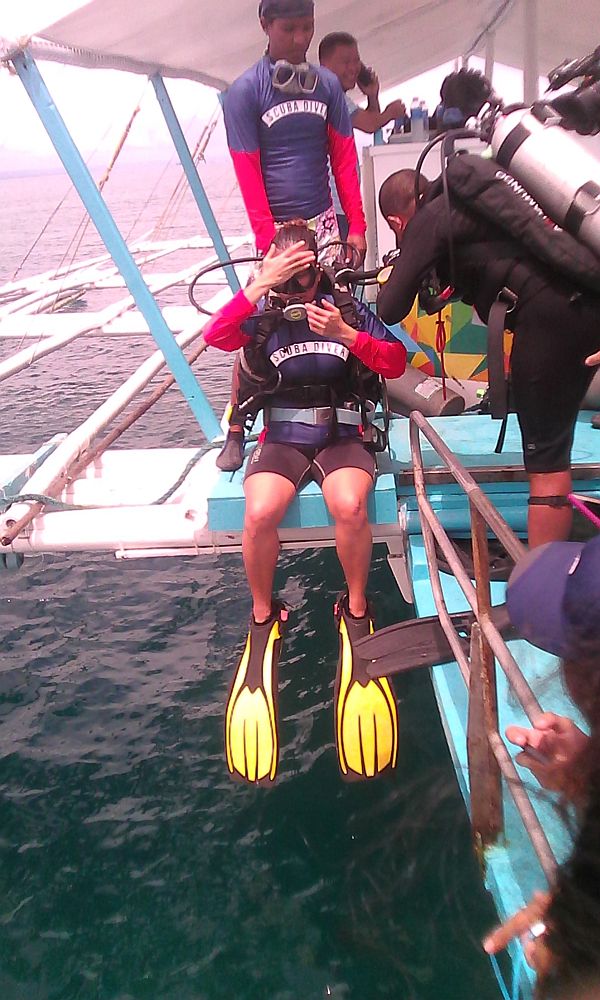 (Maybe the retrieval operation should end now. We cannot do this forever because our resources will run out.)

(They already dived the whole area where the body of the mayor was reportedly dumped. Divers can no longer go down the deep part of the sea.)

The search and retrieval team supervised by Lapu-Lapu City Police director Senior Supt. Rommel Cabagnot conducted a total of 50 dives in 23 days starting on the evening of June 8.

The mayor’s sister Mikay Bendong joined the search and retrieval team at the Olango Channel yesterday.

She learned about the fate of her sister while she was in Dubai working and was able to come home only last Wednesday.

Although the search still turned out negative, Bendong personally thanked and hugged each diver including Cabagnot, Mabolo police Chief Jacinto Mandal and Chief Insp. Junnel Caadlawon for their selfless efforts.

(We did our very best, but I apologize to the Bendong family for failing to find her.)

He, however, said the DNA match, the blanket and the testimonies of the witnesses can already build a strong case against the suspects.

Bendong said that although the body of her sister was not found, she still felt the search was successful because of the love and support of the people especially the search and retrieval team who volunteered their time and skills as divers despite the risks.

The team also measured the very deep portion of the search area identified by Riolito Boniel through lowering a banana trunk wrapped in a net and weighed down with around 30 kilos of stones tied using rolls of thick nylon rope.

After four minutes of releasing the nylon rope, the depth measured 1,148 feet, which, according to technical diver Mandal, could no longer be reached by divers or even detected by a sonar.

Bendong said the family is now doing the 40-day novena for the dead with their relatives in Iligan City.