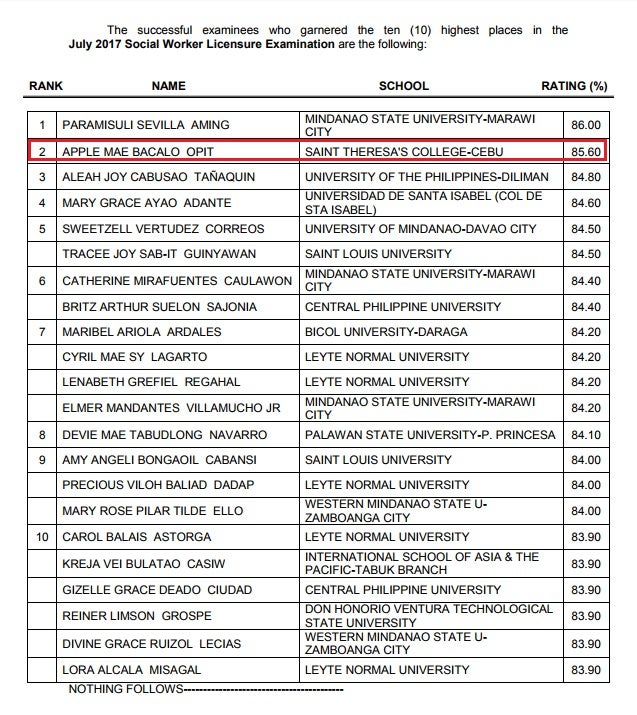 Apple Mae Bacalo Opit from STC garnered the 2nd spot making her the only Cebuano to land in the top 10.

All of the 17 examinees from STC passed making a 100% passing percentage.

PRC announced on August 2, Wednesday, that out of 5,997 examinees 3,951 passed the examination given by the Board of Social Workers in the cities of Manila, Baguio, Cagayan de Oro, Cebu, Davao, Iloilo, Legazpi, Lucena, Pagadian, Tacloban, Tuguegarao and Zamboanga last July 2017.

Read Next
Man shot self inside room