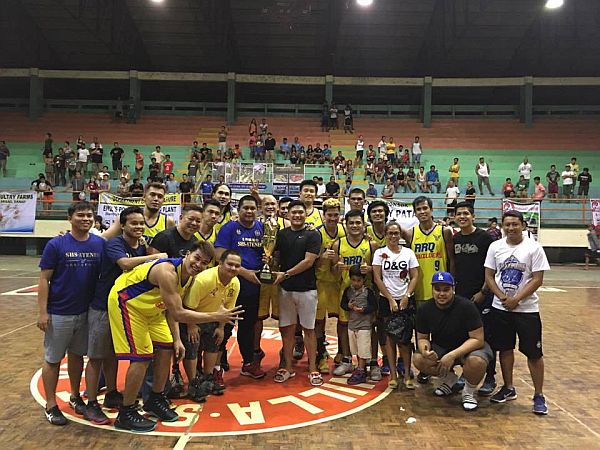 THE SG-ARQ Builders decisively claimed the title in the Emil’s Fresh Chicken Cup as they turned it up in the fourth period to come away with a 109-104 victory over the hard-fighting San Remigio Properties in the finals on Friday night at the Minglanilla Sports Complex.

The two teams went at it for the first three periods before the Builders, on the strength of Eman Calo’s red-hot shooting, took control in the fourth and never looked back en route to claiming the title and the whopping P110,000 cash prize.

Calo, the former University of the Visayas hotshot, finished with 27 points built on seven three-pointers while bullstrong lefty Ferdinand Lusdoc had the same output as well. Former pro Jojo Tangkay pitched in 19 while another former UV standout, Rino Berame, scored a dozen.

Edrian Lao, Ralf Olivares, Paul Desiderio, Harold Cincoflores, Franz Arong and Alwyn Aguirre – all products of UV basketball – all scored in double figures for San Remigio but it was not enough to get it done against the veteran-laden Builders squad. San Remigio went home with the P50,000 cash prize.

The tournament MVP award went to Calo. The spitfire guard also made it to the Mythical Five squad along with Lusdoc, Berame, Desiderio and Olivares.

Jayford Rodriguez and Joseph Nalos went bonkers from the field as they scored 34 and 31 points, respectively, to help Fighter Wine bag the P30,000 cash prize.