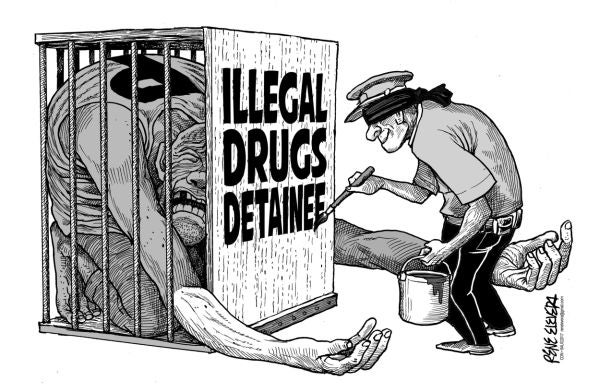 Truth be told, in this age of Duterte where extrajudicial killings of drug suspects are rampant and fast becoming commonplace, there’s very little sympathy for escaped inmate Marvin Gimpeso.

Gimpeso, who escaped the Cebu City Jail because he can no longer endure the alleged maltreatment of inmates, had few, if any, sympathizers. Cebu Daily News’ Mao Ba section last Thursday, Aug. 3, featured a few choice comments from netizens.

The litany of retorts from readers against Gimpeso went something like this: “Do you want a restaurant where you have the right to choose whatever food you like? The government is spending money for you”;

“Seriously, you’re complaining? CHR, conduct investigation on the bad food. Our tax is what’s putting food on your mouth. We’re getting sick of overwork”; and “Nobody asked you to commit crime so you don’t have the right to complain.”

Gimpeso had been detained on illegal drug possession charges; and one can understand, maybe even agree, with the sentiments aired by those who question and even disdain the thought of government wasting time, money and resources to investigate a complaint from a criminal offender who probably deserved what he got and more.

Whoever beat up Gimpeso and served him undercooked or raw food may even possibly earn the silent support of those who have little to no sympathy for criminal suspects.

In fact, even Gimpeso’s fellow inmates don’t want him anywhere near them and even staged a noise barrage to vent their demand to return him to his old cell, if Cebu City Jail Warden Arnel Peralta was to be believed.

A lot of people weren’t sympathetic to the Abu Sayyaf suspect who tried to escape from military custody as he was supposed to be transferred to a more secure prison in Bohol province only to die under admittedly suspicious circumstances.

Which was why even with the present cynicism and contempt by a lot of Filipinos towards their work, the Commission on Human Rights (CHR) had to step in and look into reports of abuse allegedly committed by the jail management against Gimpeso even if eventually these claims would turn out to be false and misleading.

For the CHR was given the unenviable mandate of ensuring that due process is observed even for those considered as the scum of the earth.

Gimpeso may be jeered at for complaining about the food and the beatings he took. But surely there must be some sympathy for his plight even if he doesn’t deserve it, and it behooves society and government to at least listen to him.