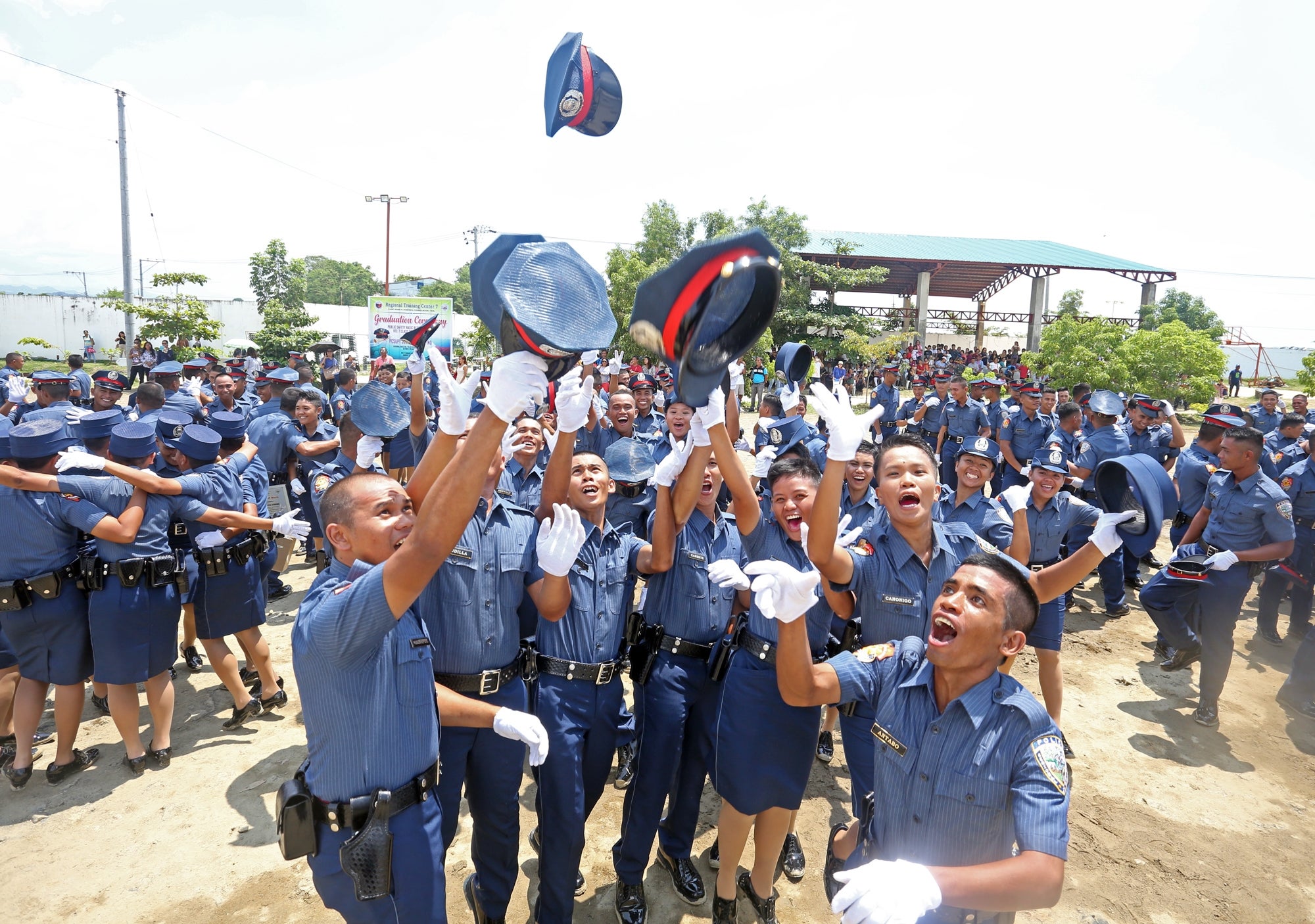 POLICE RECRUITS AND POLICE TRAINING SCHOOL. The recent batch of police recruits celebrates, as they pass the first phase of the police training program at the Police Regional Training Center in Sitio Laray, Barangay Jugan, Consolacion town in northern Cebu. Police station chiefs from seven Cebu towns will undergo schooling at the center for six months, a requirement for their one-rank promotion.
(CDN PHOTO/LITO TECSON)

The seven provincial police officials will take over to make sure that the peace and order situation in these towns will be maintained and the intensified anti-illegal drugs campaign will continue.

Noble said that he had to assign some of his police officials to take on two positions while these seven police chiefs, who are senior police commission officers, are taking classes as a prerequisite for a one-rank promotion.

Rafer said that it would not be easy to handle the two positions.

Yape, for his part, said he would treat the additional assignment as a new challenge and would focus on making the town drug-free.