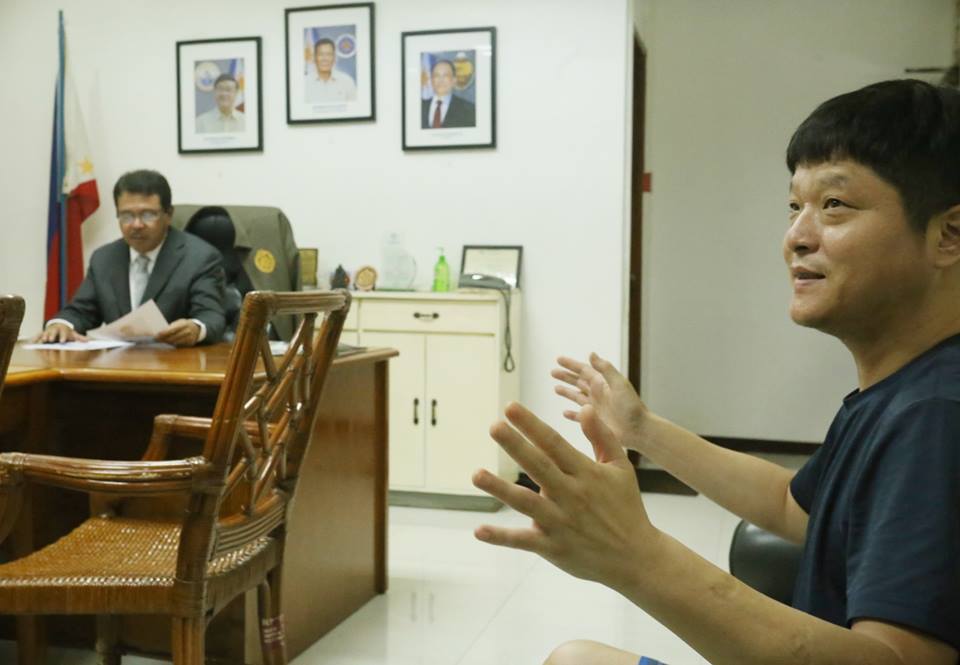 Park Jung Kwan answers questions from the media regarding the syndicated estafa and qualified theft case filed against him. (CDN PHOTO/LITO TECSON)

A Korean was detained to face charges of qualified theft and syndicated estafa for duping several individuals into shelling out their money in bogus investments.

Park Jung Kwan, 42, was arrested by agents of the National Bureau of Investigation in Central Visayas (NBI-7) on Friday based on the complaints filed against him.

Patricio Bernales, NBI-7 regional director, said some of the complainants were Koreans.

He said they had yet to determine the amount duped by Park from the victims.

“But it’s quite a lot due to the numerous complaints,” Bernales explained