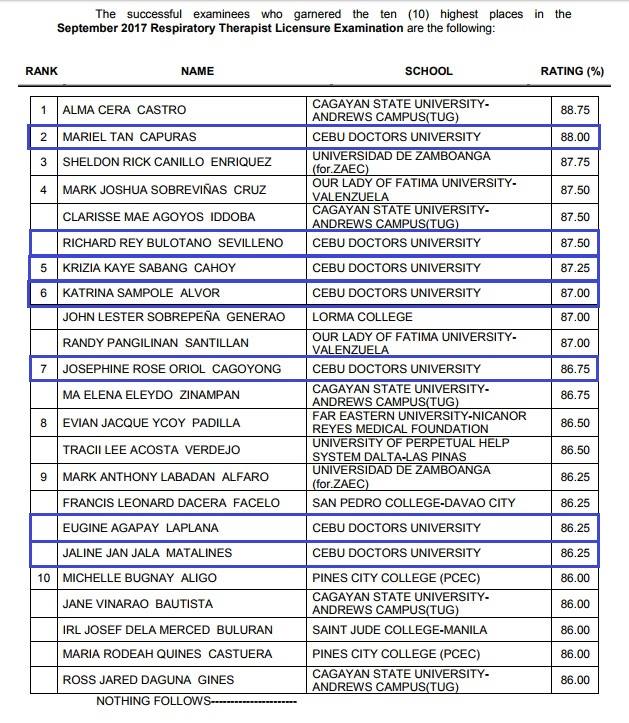 SEVEN graduates of the Cebu Doctors’ University landed in the top 10 of the Respiratory Therapist Licensure Examination released on Friday, September 8.

Mariel Capuras landed on the second place with a final rating of 88 percent.

Richard Sevilleno, with a rating of 87.5 percent, is fourth in the list.

Sharing the ninth spot are Eugine Laplana and Jaline Jan Matalines with a final rating of 86.25 percent.

The licensure exam was given by the Board of Respiratory Therapy in Manila, Baguio, Davao and Zamboanga earlier this month.

According to the Professional Regulation Commission, 567 of the 974 takers passed the exam.