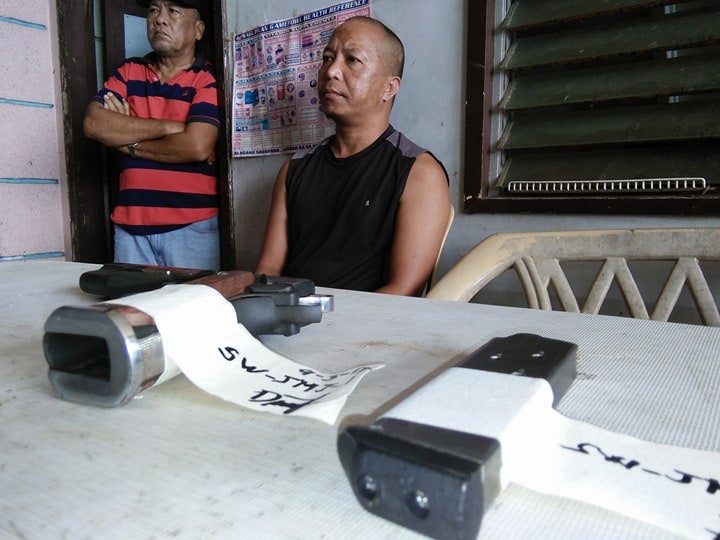 CEBU CITY–The brother of the municipal mayor in northern Cebu was arrested for illegal possession of firearm early morning on Tuesday .

Jusay is the younger brother of Dan Jusay, mayor of Catmon, about 57.2 km from here.

According to police report, Jusay allegedly had links to Borbon village chief Jinnefer Mercader who was arrested in September for illegal possession of drugs and guns.