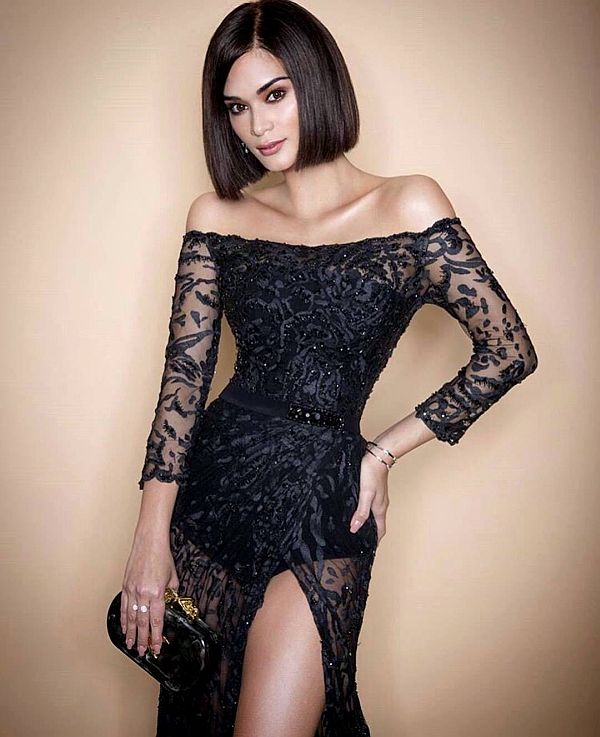 Pia Wurtzbach with the Siren Minaudiere
in Black Capiz (inset)

THREE stunning ladies who attended the much talked about Star Magic Ball last Saturday shared something in common: their minaudière (a small bag without  straps) of choice was designed by Cebuano Neil Felipp San Pedro.

Wearing a black lace dress by Ezra Santos, the actress-turned-beauty queen was named Best Dressed of the night.

Miss World 2013 Megan Young completed her glam look with the hugely popular Suzy Wong Minaudiere in Kabibe Shell. Held at the Makati Shangri-La, the Star Magic Ball brought together the biggest and brightest stars of the Kapamilya network.

Celebrities took turns at the red carpet, posing before an army of photographers and cameramen before proceeding to the ballroom for the party.  The stars who shone brightest were given awards.

“I am so honored to be part of your family, and be part of one of the biggest much awaited Ball every year. Winning as “Tip to Top Best Dressed” is such a big deal for me dahil it’s my first award in a prom and sobrang iba ‘yung feeling “pangarap” haaaah,” Gallo said in his post.

“And to my beautiful date Kisses, thank you for making me happy whole night, thank you for giving me a chance, and I think I saw the best smile last night in you and damn you were freaking beautiful,” Gallo added.

Delavin wore an intricately sewn and embellished mullet white gown by Francis Libiran while Gallo was in a bespoke Nat Manilag three-piece suit.

“Love You To The Stars and Back” star Julia Barretto, stunning in a Mark Bumgarner gown, received the Belle of Ball Award. Her date during the ball was Joshua Garcia, her co-star in the same film.

Teen Queen and “La Luna Sangre” star Kathryn Bernardo was named Brightest Star of the Night.  The Couple of the Night was given to Jessy Mendiola and Luiz Manzano as well as Liza Soberano and Enrique Gil.

A surprise tribute was given to Johnny Manahan, more popularly known to his talents as Mr. M.