From doormat to title contender 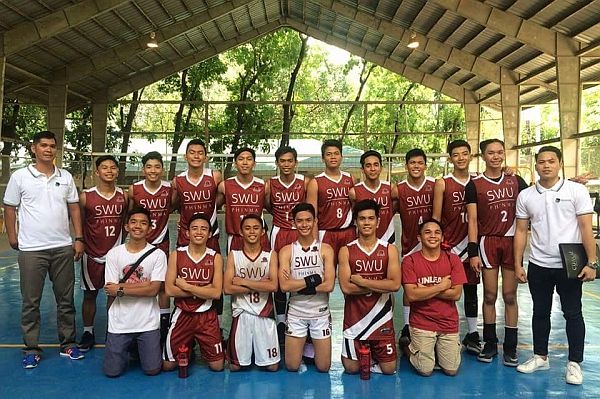 Everyone loves a Cinderella story. And the Southwestern University (SWU)-Phinma boys volleyball team might just be it as it stayed on course of pulling off one, if not the biggest turnarounds the league has ever witnessed.

This after the SWU-Phinma scored a jaw-dropping, 26-24, 25-21 triumph over the defending champions University of Southern Philippines Foundation (USPF) to bag the first finals berth in the F2 Logistics Cesafi boys’ volleyball tournament yesterday at the USPF Gym.

SWU-Phinma which a won only a single game last year, has suddenly captured the imagination of almost every volleyball fanatic as they swept all their elimination round assignments before pulling off a string of semifinal wins to be the first team in their division to march to the championship round – thanks to the team’s hard work and devil-may-care attitude inside the court.

“I’m really satisfied with our performance. Sometimes, you just have to tell the players to do what they are doing in practice so that we can be successful,” said SWU-Phinma mentor Dave Arreza.

SWU-Phinma will be taking on the winner of the University of San Carlos (USC)-USPF match in the best-of-three finals.

Semis action continues today in the boys division as USC and USPF battle for the last finals spot while SWU-Phinma takes on the winless University of Cebu (UC) in a non-bearing match.

Meanwhile, in girls play, while USPF pulled off an expected 25-21, 25-17 win over the University of Cebu (UC) to move a win away from the finals, it was SWU-Phinma which delivered the day’s hottest performance as it ended a two-year losing spell against the University of San Jose-Recoletos (USJ-R) with a, 27-25, 25-21 victory.

The win pushed SWU-Phinma to a rie at second place with USJ-R with a 1-1 (win-loss) card, ahead of UC’s 0-2 slate and behind USPF’s immaculate 2-0 mark.

The Baby Cobras hope to continue their momentum as they gun for a finals seat today against UC while USJ-R aims to keep their finals-hopes alive when they take on USPF.

TAGS: Contender, doormat, from, title, to