Medical tourism to get boost with new hospital in Agus 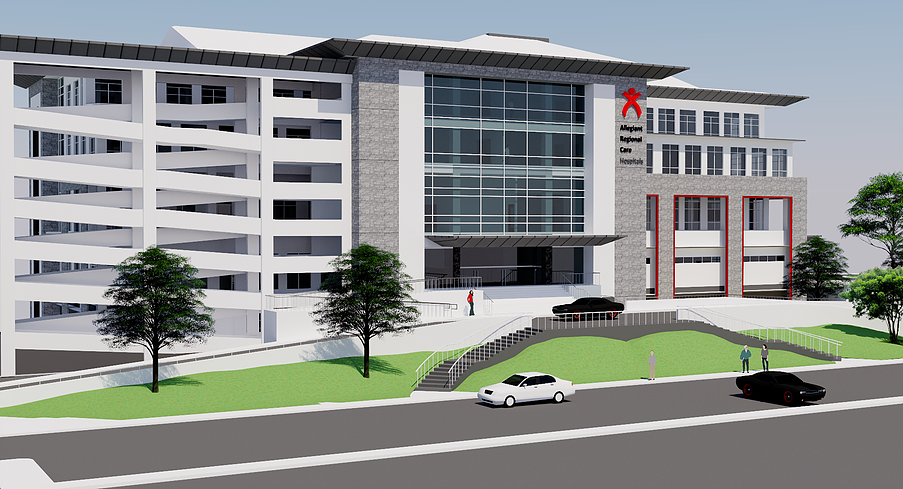 An artist’s rendering of the ARC Hospital.

A new four-storey medical center is foreseen to boost Lapu-Lapu City’s economy in 2018 and strengthen Cebu’s position as a medical tourism destination.

The flagship medical center in Barangay Agus, Lapu-Lapu City, of the Alegrado family-led ARC Hospitals is set to open in January 2018.

Kerbasi Ugarte, project development director, said they would open the hospital’s first two floors by January next year while the rest of the four-storey hospital will be opened by March.

“The first floor will house our outpatient department, which is divided into three modular zones, namely adult medicine, pediatric medicine and women’s health clinic,” he said during the media launch for ARC Hospitals at the Maribago Bluewater Beach Resort on Wednesday.

Ugarte said that construction, which began in June 2015, is now 75 percent complete.

ARC, which stands for Allegiant Regional Care, will be licensed by the Department of Health and will offer 100 beds with specialty services such as anesthesiology, cardiology, colorectal surgery, dermatology, endocrinology, gastroenterology, general surgery, and many others.

It will have five main sections, namely cardiovascular, day surgery, endoscopy, major surgery and obstetrics-gynecology surgery. It will offer a comprehensive range of imaging services.

The first phase of the whole project, which involves the development of 1.4 hectares out of the 3.4-hectare property, was estimated to cost P350 million.

This venture is the Alegrado family’s first foray into the healthcare business, after having run a hospitality business for over three decades.

The Alegrado family is behind the Bluewater Resorts brand, which has properties in Lapu-Lapu City, Sumilon Island off the coast of Oslob, and the province of Bohol.

Lawyer Mark Tolentino, Cebu provincial administrator, said that he is pleased with this development as it will not only address the need for better healthcare services in Cebu, but it will also be an economic driver of the province.

“It will also be an economic driver and will boost the tourism industry through the niche market that is medical tourism,” he said.

Tolentino said the Bluewater Group has been an active partner of the provincial government, bringing employment and spurring the growth of the economy of Oslob town in southern Cebu through its property on Sumilon Island.

“The structure of the hospital is made in such a way that we follow international standards. That means we can be affiliated with a lot of insurance companies, especially international. That is what we are aiming for,” she said.

ARC is affiliated with reputable local and international organizations, including Johns Hopkins in Singapore, ICON Australia, Napier, and Mind Ray.

Aside from serving residents, the facility was also seen to give a boost to the local tourism and resort industry.

Foreign guests can avail of medical and emergency health services while enjoying their stay in the historic resort city of Lapu-Lapu.

Asked about plans of opening more hospitals in the near future, Alegrado-Vergara said they will just have to see how their first healthcare venture will go before deciding on which steps to take moving forward.

“Our property is four hectares so there is still a lot of room to expand. If we do expand outside, we are looking at areas where we have a presence such as Oslob in the south and even Bohol,” she said.