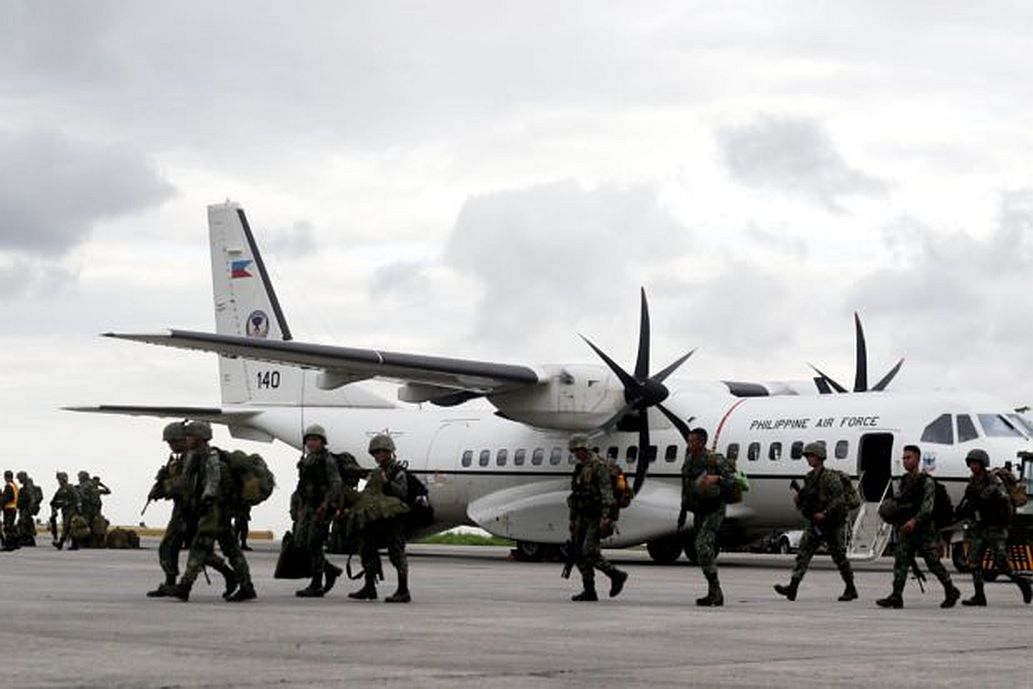 Hundreds of Marines arrive at the Villamor Air Base in Pasay City on Saturday after months of fighting in Marawi City. / Inquirer photo

MARAWI CITY – Just one two-storey building to clear out and it’s all over.

Col. Romeo Brawner Jr., deputy commander of Joint Task Group Ranao, said on Sunday that the troops would “do everything to finish the firefight today (Sunday).”

“We will try today until midnight to finish them all because even at night our operation continues,” he said.

He said although the terrorists have little ammunition left, government troops still need to be careful.

He said the building that troops are trying to retake is where at least 30 stragglers, including five foreigners, are hiding.

In a text message to the Inquirer, Brawner said: “They are in the basement. It’s a commercial building.”

“Some of them are foreigners, members of Maute clan and wives of the fighters,” he said. “So we believe these are those who decided to fight it out because they believe that if they die in the frontline, they will go to heaven.”

Despite of the continuing assault, Brawner said troops continued to convince, through a loudspeaker, the remaining terrorists to surrender.

“We’re trying to talk to them to surrender,” he said.
Brawner said, however, the terrorists might no longer be holding any hostages.

“We believe that those who are inside that building have chosen to stay with their husbands,” Brawner said. “We’re trying to convince them to release at least the women.”

He said the terrorists could also free the child warriors.

Brawner assured those who would surrender of being “treated humanely.”

He cited the case of a wife of Maute fighter who came out with some of the hostages.

Since May 23, military and police deaths have reached 165. The civilian death were placed at 47, while the militants suffered 897 deaths.