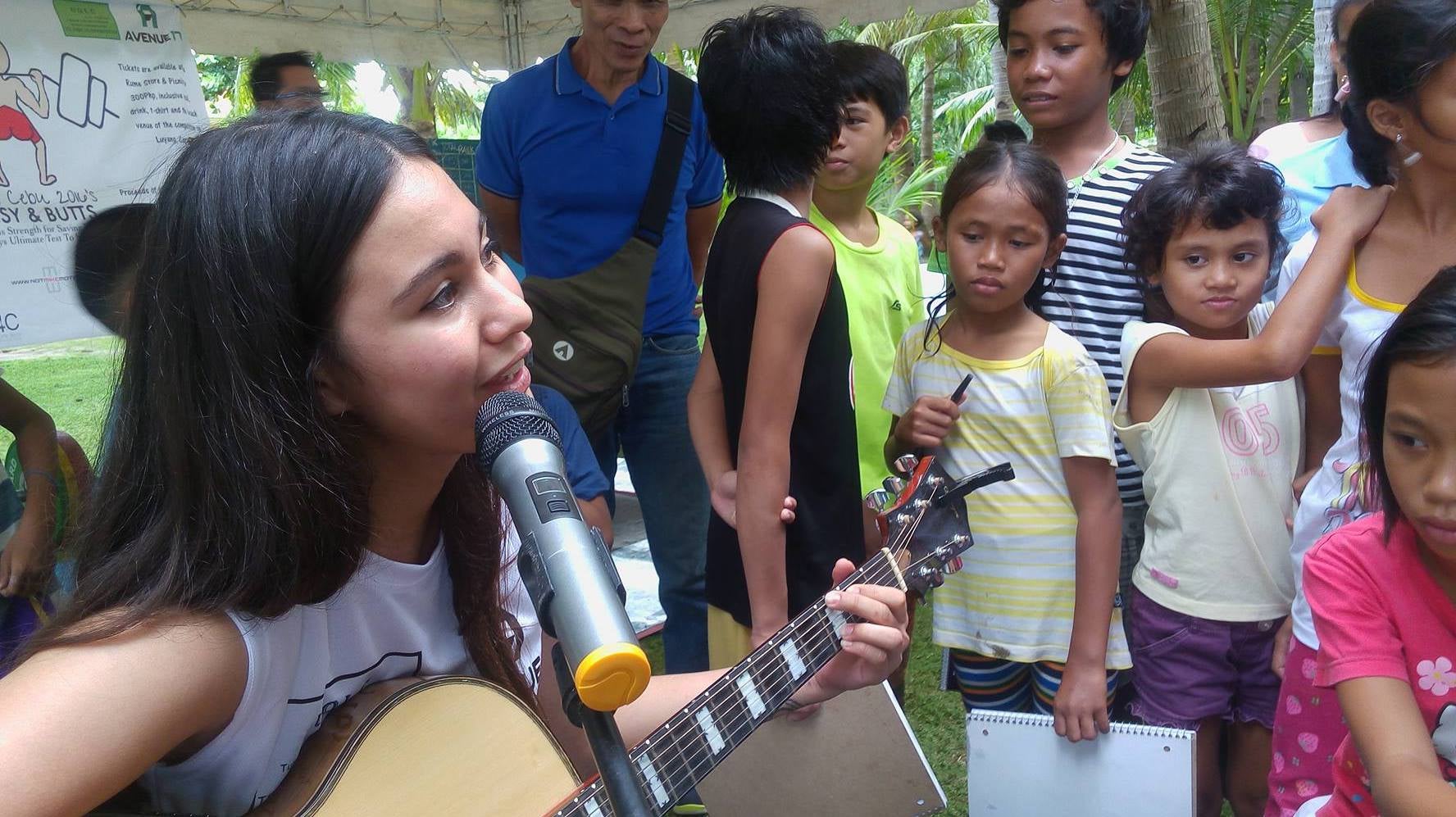 Raine performs her songs for the kids

The venue was near the beach, and tents were set up at the Rume Store and Picnic where more than 100 grade school children enjoyed various activities, highlighted by a weightlifting event in collaboration with the Cebu Weightlifting Association (CWA) and the National Weightlifting Team in Cebu.

It was Baljak’s first event for the entire series and she was very happy with the positive response of the community.

No less than Hidilyn Diaz, 2016 Rio Olympics gold medalist for weightlifting, was present during the event. Baljak said she decided to do the event in Carmen as it was one of the towns that underwent devastation because of typhoons, including the Super Typhoon Yolanda.

She also wants to provide a worthwhile and healthy activity for kids.

“When I was younger, I played a lot of sports,” she said.

She added that she was into rock climbing, basketball and volleyball during her teenage years. Just this year, she learned weightlifting.

“I want to help and uplift these kids and teach them to be healthy, be fit and be happy,” she added.

Diaz, for her part, said she was happy with the activity and hoped that there would be more weightlifting events not just in Carmen but also in the entire Cebu. ”Yes, there are kids with potential here.

“It was Henrick’s suggestion, and I grew up in an English speaking household. Bisaya sad ko and naa sa akong dugo, then might as well connect to it,” she said.  The children also performed the popular “Baby Shark” dance craze.

And of course, there was food.

The kids were treated to organic smoothies made of malunggay, banana and kale prepared by Anne Dala of the Detox Bar Cebu. Before the activity ended, the kids received their share of school supplies.