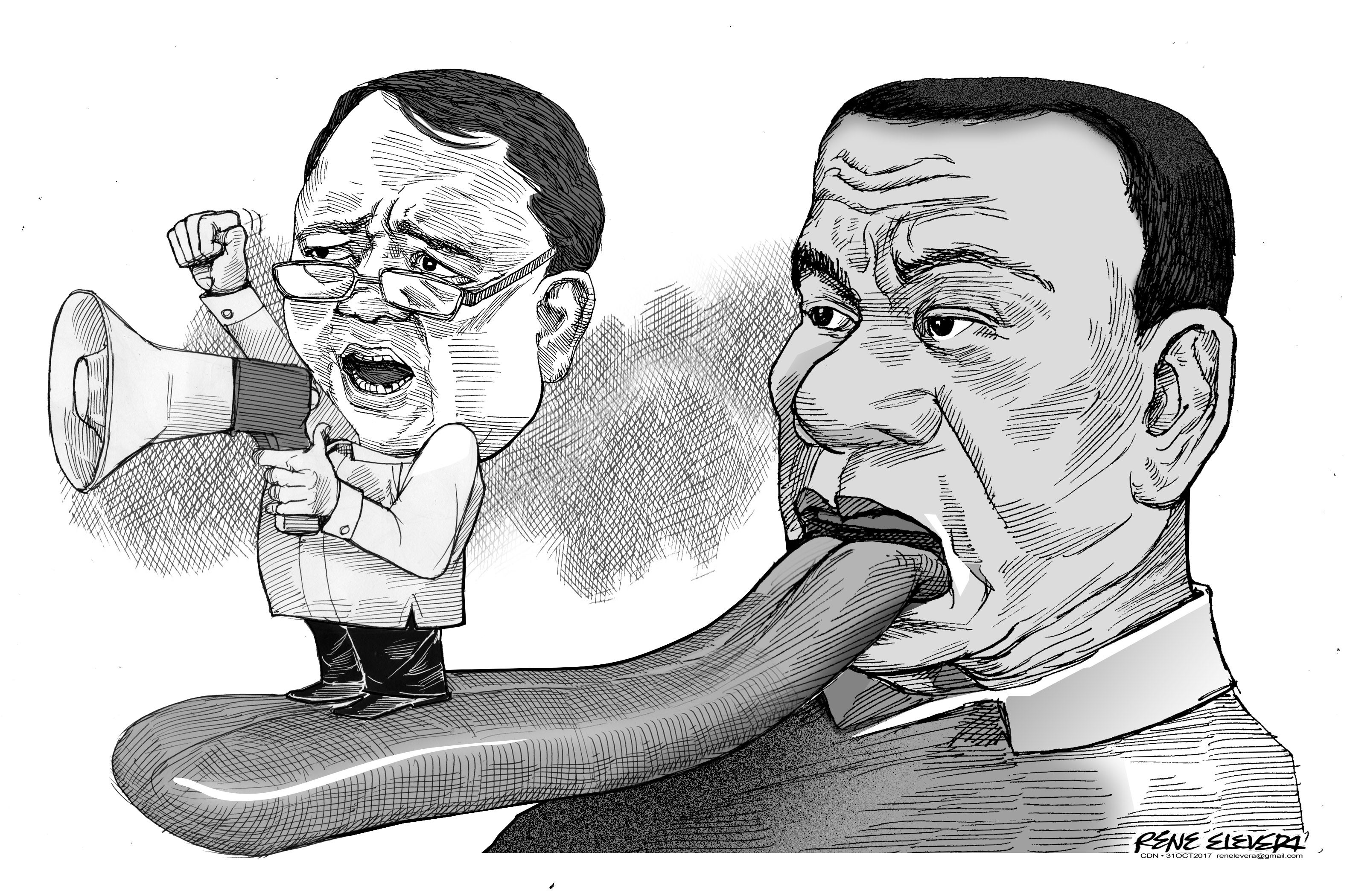 With the appointment of Kabayan party-list Rep. Harry Roque as presidential spokesperson, what can Filipinos expect in terms of conveying President Rodrigo Duterte’s messages on policies, issues and whatnot?

It’s not only because Roque is a kababayan from Davao City and that he was instrumental in pushing for the impeachment of Supreme Court Chief Justice Maria Lourdes Sereno.

Nor is it mere coincidence that the President’s official appointment of Roque occurred on his birthday celebration, though that’s something for Roque to celebrate.

It’s Roque’s background as a human rights lawyer that would be quite interesting to note given that the President had been, to use his words, “demonized” for his relentless, violent war on drugs.

President Duterte gave a hint of what to expect when he said that both Roque and him are “binugoy (streetwise, roughly translated),” so as to how that would translate into his pronouncements, we have yet to fully know.

“He (Roque) will carry my word to the public. And he’s very competent, able, lahat na (all of it). It’s in the messaging, actually. We cannot speak the same words, but how he would convey that message from me would be most important,” President Duterte said.

That’s a relief for erstwhile Presidential Spokesperson Ernesto Abella, who had to assiduously redouble his efforts to cushion the effect of President Duterte’s harangues and tirades on anyone who earns his ire in public.

Chief example of that is the President’s declaration to European Union (EU) diplomats “to leave my country” in the face of their mounting criticism over alleged human rights violations committed in the deaths of thousands of drug suspects.

How many times do we have to hear Abella issue a clarification that it’s not what the President meant? Concerning the EU row, it was finally explained that the country will continue to engage in trade and diplomacy with the EU, but it won’t accept any more financial grants.

That’s bad news for groups based in the country that rely on EU aid for their continued operations, and it helps explain why President Duterte is actively courting Japan’s favor to help rebuild war-torn Marawi City.

But we do hope that Roque’s appointment will not only help clear the air for the President’s announcements but somehow reduce the bile and venom that comes from the Presidential Communications Operations Office (PCOO) whenever the government deals with criticism on its policies.

While Abella provided some sort of dignity, we wonder if Roque would be a better replacement or will reflect the Duterte administration’s propensity for vulgarity and gutter-level communication.

Read Next
The way for millennials