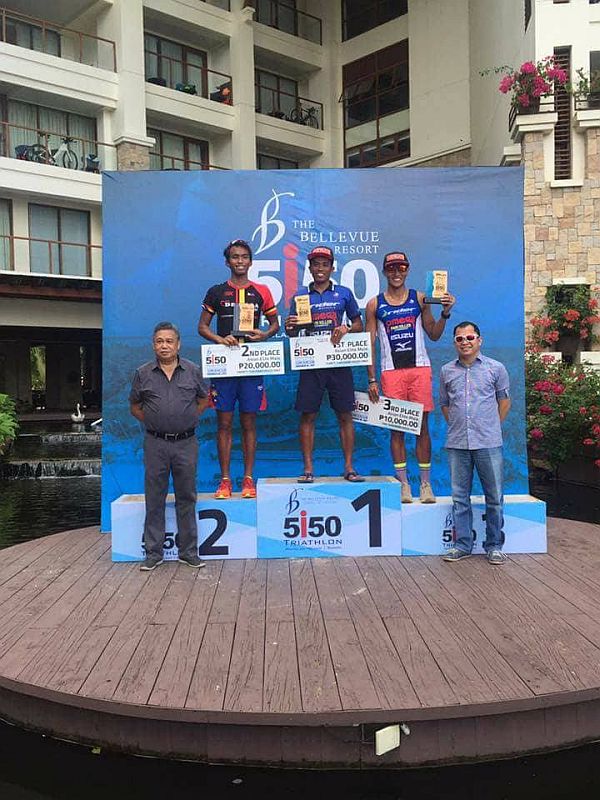 The 27-year-old Ycong from San Jose, Negros Oriental, clocked two hours, 10 minutes and 50 seconds to come away with the crown.

Ycong and teammate Paul Jumamil took the lead in the last six kilometers of the 1.5-kilometer swin, 40km bike and 10km run triathlon. But Ycong said Jumamil, the Boholano who won the 2015 Asian Elite crown, advised him to go ahead in the final stretch of the run segment since there were other triathletes closing in on them and the latter felt he could not go any faster.

“Paul told me in the final three kilometers to go ahead and leave him because others may catch up,” Ycong said.

Edward Vince Macalalad eventually caught up and finished second with a time of 2:11.05 while Jumamil settled for third, clocking 2:11.28.

Fellow Rider Omega Pro triathlete Andrew Kim Remolino, a Cebuano who is a member of the National Team, topped the men’s 15-19 age group by clocking 1:12.19.

The 32-year-old Reed banked on a strong showing in the run leg to make up for a so-so performance in the bike leg to pull off the win.

“To be honest I thought my legs were going to be great on the bike, and not so good on the run. Then I got on the bike and I felt really flat, really tired,” said Reed.

Betten got his rhythm on the first five kilometers of the bike course but then things turned south during the run leg.

“My plan was to go as hard as I could from start to finish but I think I dropped to about one kilometer during the run, and that was about it.”

American triathlete Laurel Wassner came in third with a time of 2:24.48.