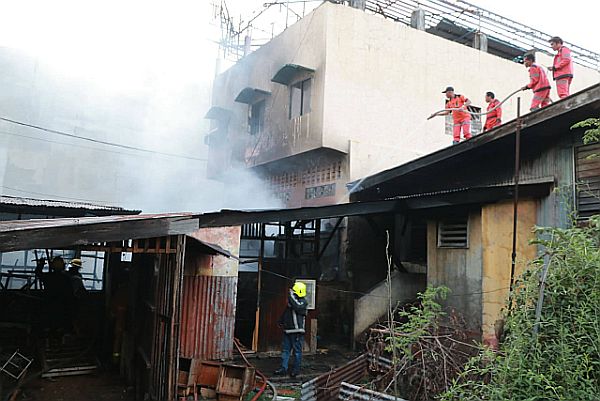 Felix Suico, head of the city’s disaster risk reduction management office (DRRMO) said, the fire was immediately put out by responding fire fighters and prevented from spreading to nearby homes and the Sta. Cruz chapel located along A. del Rosario Street.

Suico said the fire was reported to have started in one of the four structures owned by the family of a certain Charlie Chea Calungsod at around 4:48 p.m. It was placed under control 15 minutes later.

He said the Calungsod family used the warehouse-type structures located at the back of their apartment as storage area for their belongings.

Neighbors, Suico said, claimed that the fire started from an unattended candle. But fire investigators are yet to identify the origin of the fire.

The fire-affected structures were located a few meters away from the Guizo barangay hall and the thickly populated community in Barangays Guizo and Mantuyong which was hit by a huge fire that left hundreds of families homeless in March 2016.