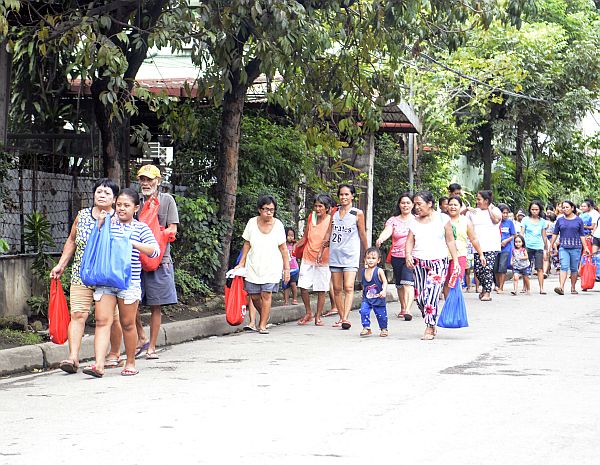 As part of the humanitarian mission of the Partido Demokratiko Pilipino – Lakas ng Bayan (PDP-Laban), the girlfriends of two of the country’s top legislators led the distribution of gift packs to at least 3,000 residents of Barangays Ermita, Suba, Duljo-Fatima, and Mambaling in Cebu City on Friday morning.

“We want people to know that they are not left out by this administration. We in PDP Cares, the humanitarian arm of PDP, leads this organization so that people will feel that we care,” said Jennifer Maliwanag Vicencio, the girlfriend of House Speaker Pantaleon Alvarez, in an interview.

Vicencio was accompanied by Senate President Aquilino Pimentel III’s girlfriend Kathryn Yu and some PDP volunteers during the early morning distribution held at the gymnasium of the five barangays.

Found inside the red and blue gift packs which they gave out were rice, noodles, canned goods, and hygiene kits.

Cebu was the third stop of PDP Cares after Marawi City and Leyte.

Vivencio said they plan to expand the program so that more people will receive assistance from PDP Cares.

“I hope those who did not receive the goods for now will understand. We will make sure that next time, they will receive something from us,” she said.

Vivencio and Yu were in Cebu to accompany their respective partners who led the mass oath-taking of new PDP-Laban members at Plaza Independencia in Cebu City on Friday afternoon.