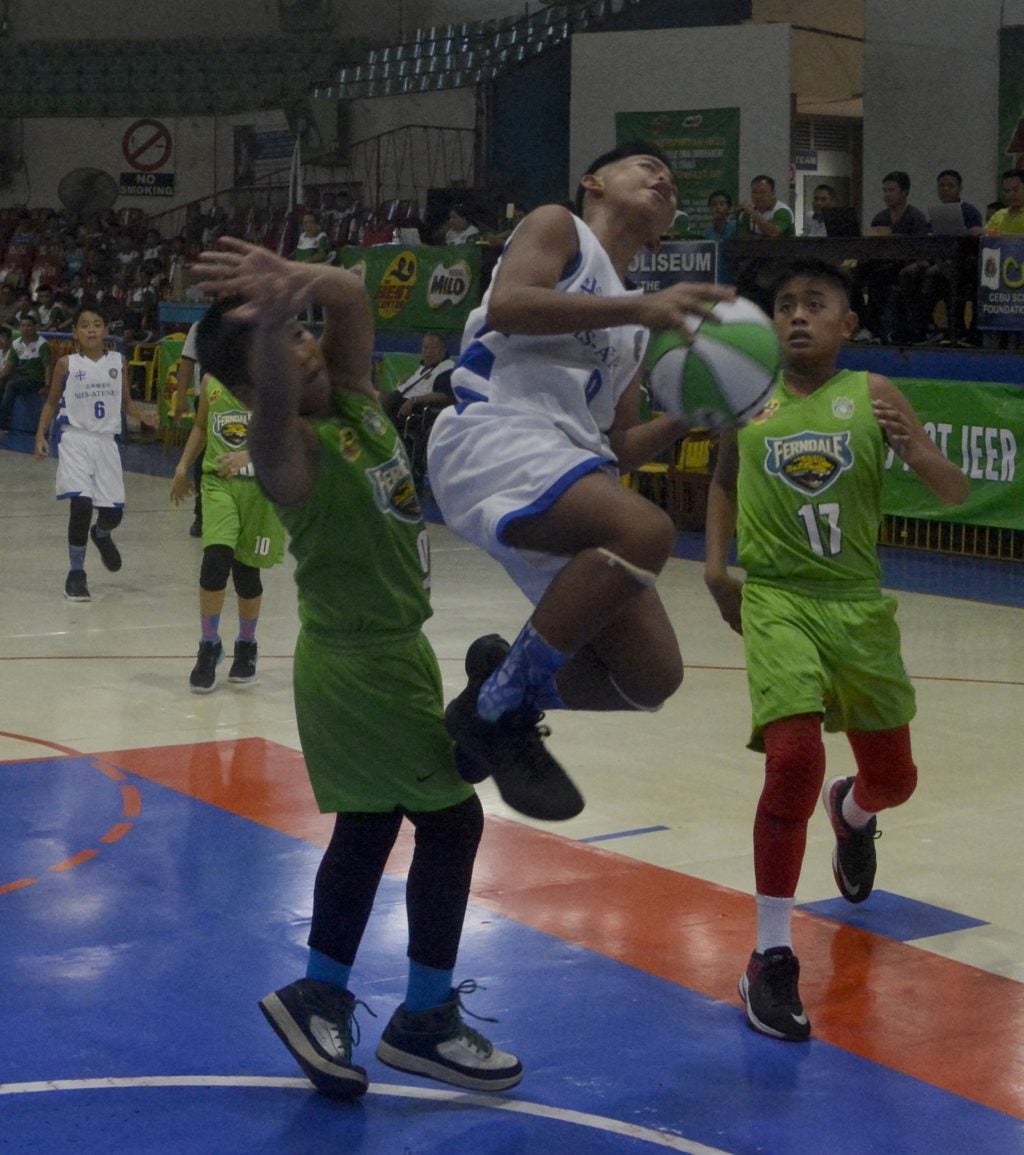 Jared Bahay of the Sacred Heart School – Ateneo de Cebu floats in the air as he drives to the basket during their 12-under game against Ferndale International School of Zamboanga in the Milo Best Nationals at the Cebu Coliseum.
CDN PHOTO/CHRISTIAN MANINGO

THE Sacred Heart School – Ateneo de Cebu took a step closer towards clinching a spot in the finals as they blew away the Ferndale International School of Zamboanga, 49-38, in the SBP division of the 32nd SBP Passerelle Twin Tournament National Finals yesterday at the Cebu Coliseum.

Ateneo de Cebu took control of the game in the second quarter with a huge 19-7 run that turned a 14-8 lead into a 33-15 advantage at half-time.

Ferndale cut the deficit down to a dozen heading to the fourth but did not threaten the Cebu squad any further.

Marco Jumao-as paced the team from Zamboanga with 11 points.

In the other SBP game, two-time defending champions La Salle Greenhills routed Berkeley School of Baguio, 78-48. Lorenzo Competente and Marc Carganilla scored 17 each to lead the way for the Manila representatives.

In the Passerelle division, San Beda College crushed Holy Child College of Davao, 88-48 while the International School for Better Beginnings outlasted the Hua Siong College of Iloilo in overtime, 85-81.

Price Alao scored 16 for San Beda while in the other game, Troy Umayao and Yuan Pasumbal put up 24 and 21 points, respectively.

Teams will play a single round-robin with the top two squads advancing to the finals today.