North Cebu islands to get boost with seaplane routes 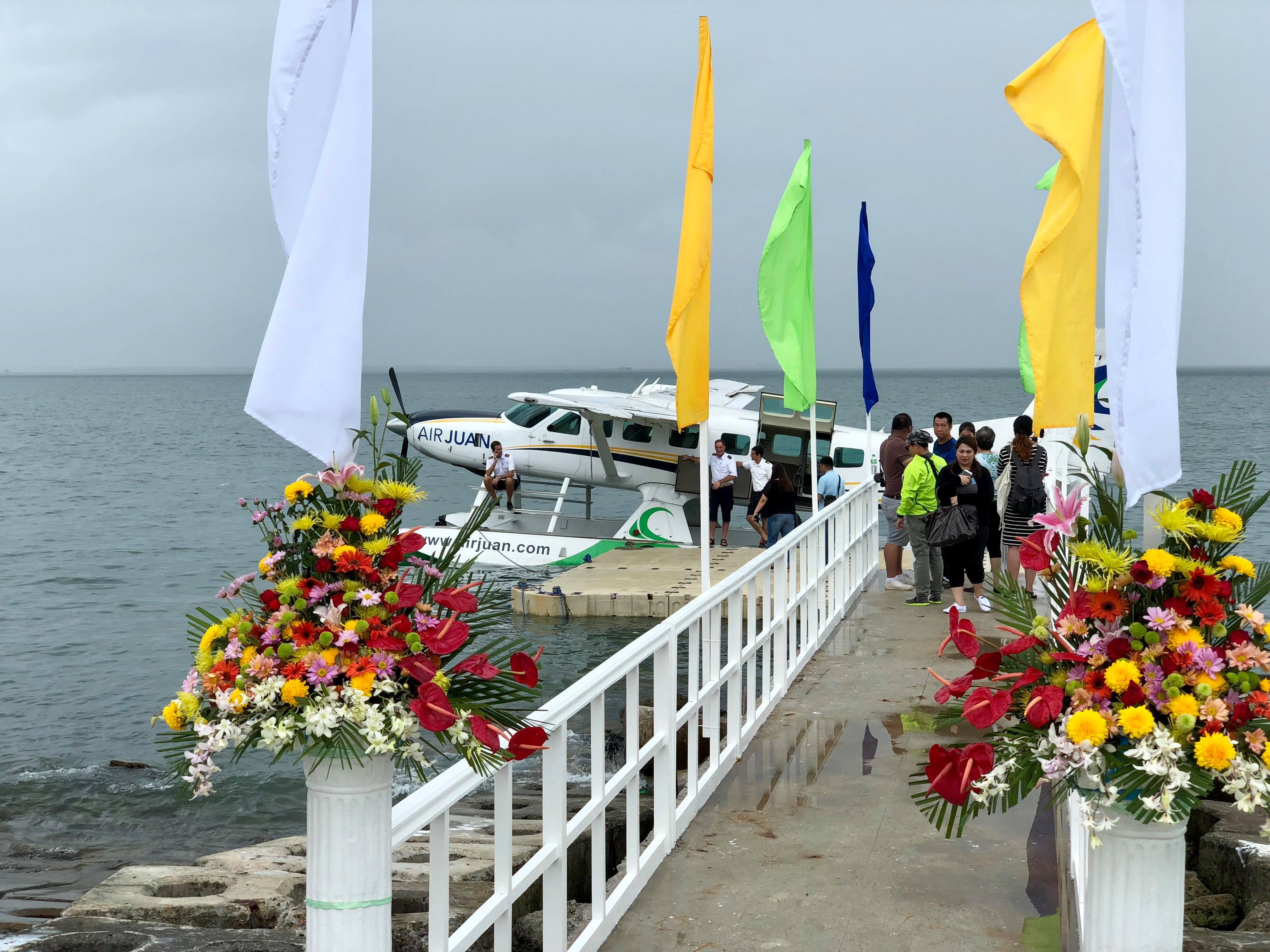 The tourism industry in Cebu, especially northern Cebu, and Bohol is expected to get a boost with a local aviation outfit offering a new service that can make island destinations in these areas more accessible for tourists – seaplanes.

Air Juan’s seaplane operations will bank on convenience and faster access to Cebu’s island destinations as its come on to foreign and local tourists in Cebu.

“Our target market is everyone. If you’re going to Malapascua or Panglao, our service is the most efficient. Lahat ng gustong makarating ng mas mabilis (Everyone who wants to get there much faster), that’s our target. It does not matter if foreign or local (tourists),” said John Gutierrez, chief executive officer of Air Juan, during the opening of a seaplane terminal at the South Road Properties on Saturday.

With their seaplane services, travel time from Cebu City to Camotes Islands, and Kandaya Resort and Malapascua Island in Daanbantayan town will only be 30 minutes away, said Gutierrez.

Travel time to these destinations via land and sea from Cebu City is estimated to be at least three to four hours.

Gutierrez said they hope to be on full operation with their seaplanes by March which is considered as a peak season especially nearing the Holy Week celebration.

They will be opening with three routes from the SRP to Camotes Islands, Kandaya Resort and Malapascua Island in Daanbantayan town and in Candijay town in Bohol, which is the gateway to Anda town where there are a lot of virgin beaches.

The Bohol trip will also stop over at Panglao Island.

While they are yet to go fully operational with their seaplanes, Air Juan has been operating their landplanes from the Mactan-Cebu International Airport (MCIA) since June 2017.

According to Gutierrez, they have noticed that over the past months of operating their landplanes, most of their customers are locals.

Their landplanes have routes to Bantayan, Biliran, Maasin, Sipalay, Siqujor and Tagbilaran.

For their other flights coming from Manila, most of their customers are foreign tourists.

Gutierrez said they still haven’t finalized their fare rates for their seaplane services.

But he said it will be more expensive than the rates for their existing landplanes.

For their Cebu to Tagbilaran landplanes, a one-way, one seat fare ranges between P1,500 to P2,500.

Each passenger in the nine-passenger seaplane will get a baggage allowance of 10 kilos.

The airline’s pilots are all foreigners since according to Gutierrez, there wasn’t a single Filipino seaplane pilot available. Their pilots are mostly from Canada where seaplanes are a common means of travel.

Aside from their scheduled flights, Air Juan is also open to chartered flights and they also have helicopters which charge $3,500 to 4,000 per hour.

Air Juan says they are the Philippines’ first and only commercial seaplane operator and is the biggest in Southeast Asia.

The company is duly licensed by the Civil Aviation Authority of the Philippines (CAAP), the Civil Aeronautics Board (CAB), and is also an accredited tourist air transport provider by the Department of Tourism (DOT).

“We have more than 7,000 islands and not all have infrastructure like airports or runways. Filipinos should have invested on seaplanes earlier. We are happy to be the first,” Gutierrez said.