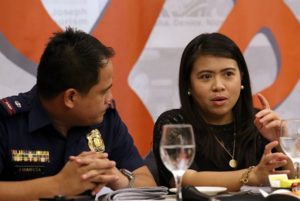 The number of young persons from different towns and cities in Cebu province who are using illegal drugs has increased.

The Cebu Provincial Anti-Drug Abuse Office (CPADAO), in a data released on Saturday, revealed that as of November 2017, there were 1,864 minors from almost all local government units (LGUs) comprising Cebu who were found to be using or have used illegal drugs.

Previously, in 2016, CPADAO accounted for 1,412 minors from the 34,325 drug surrenderers in the province, five months after President Rodrigo Duterte assumed the presidency and launched an intensified campaign against illegal drugs, including the first wave of Oplan Tokhang.

But the latest monitoring of the Capitol’s anti-drug abuse office showed that on top of the 2016 figure, there were 452 more juveniles who admitted to be drug users, as they were picked out from the several batches of drug users who surrendered in the different LGUs in the province over the course of several months in 2017.

However, she refused to reveal the breakdown of the figures pending further confirmation from their research team.

“We’re still sorting out the number per LGU (local government unit) and it is still subject for verification. But yes, it’s alarming that we have thousands of drug surrenderers who are minors. And they’re present in almost all of the 50 LGUs of Cebu province,” said Meca.

She added that out of the 1,864 minor drug surrenders, 90 percent were males.

The findings of the CPADAO research team also prompted Meca to urge LGUs to strengthen their respective campaigns against illegal drugs use among the youth.

In the meantime, she said, CPADAO would coordinate with the Provincial Social Welfare and Development Office (PSWDO) to provide the needed rehabilitation and treatment programs for the young drug surrenderers.

Aside from rehabilitation programs, the Cebu provincial government has also other initiatives aimed at preventing the youth, which currently is the largest bulk of the country’s population, from using illegal drugs.

These include LIFT or Linking Interest of Families and Teachers; Project IFAD or Integrated Forces Against Drugs; Project YMAD or Youth Making a Difference; and Program SEEK or School-based Education Enhances Knowledge on Drug Abuse, all of which were introduced last November 2016.

In an earlier interview, Meca said that one of their priorities for 2018 is to ensure that drug education will be incorporated in the curriculum of all high school institutions across the province.

Meanwhile, several LGUs in Cebu province chose sports as one of their means to fight the drug menace in the youth sector.

“I’m closely monitoring their progress because I felt that sports is very close to the hearts of our young people. But rest assured, for 2017, there are no more under-age drug surrenderers in Alcantara,” she stated.

Caburnay added that their grassroots sports training program is not only limited to those into illegal drugs but also caters for the out-of-school youth.
She said that they are currently training no less than 30 students.

Tuburan Mayor Democrito Diamante, on the other hand, opted to teach taekwondo to around 100 young people in his town as a way of keeping them away from drugs and other vices.

“In fact, some of our trainees in taekwondo recently represented the Philippines in the Asia International Championship in Malaysia and brought

home gold and silver medals,” the mayor said, referring to the sporting event held in Malaysia last December.
“We’re trying our best to make sure minors will not be encouraged in taking illegal drugs by training them to be the best,” added Diamante.

Taekwondo is also the sports of choice in the municipal government of Tuburan, which has been organizing trainings for out-of-school youth and children-in-conflict with the law.

Although admitting that he could not guarantee that the youth community of Tuburan, a third-class town 83 km northwest of Cebu City, is drug-free, he expressed confidence that the number of underage drug users in their area would be less now when compared to 2016.

“But we’re also urging other sectors, such as the parents of the children, teachers, and school officials, to do their part in making sure the young will not be into illegal activities such as using drugs. It’s a responsibility that needs everyone’s cooperation,” he added.

Reached for comment, Senior Supt. Edgar Allan Okubo, director of the Cebu Provincial Police Office (CPPO), also expressed concern over the rise in the number of minor drug surrenderers and assured that the police units in the towns and cities under the CPPO’s jurisdiction have been ordered to pay closer attention to minors engaged in illegal drug use or involved in peddling drugs.

Okubo said he has also directed his respective commanders to secure the cooperation of their parents in getting these minors rehabilitated.

Leah Quintana, the information officer of the DSWD in Central Visayas, meanwhile, stressed that while the DSWD assists in local drug rehabilitation activities, the primary responsibility to conduct programs that would prevent minors from participating in illegal activities belongs to LGUs.

Quintana pointed out that the task to provide social welfare services, which include programs and projects on child and youth welfare, especially the victims of drug abuse, has long been devolved to the LGUs, as provided under Republic Act 7160, or the Local Government Code of 1991.

“The role of DSWD is to provide technical assistance and resource augmentation,” Quintana added. /WITH CORRESPONDENTS BENJIE B. TALISIC AND JESSA MAE O. SOTTO