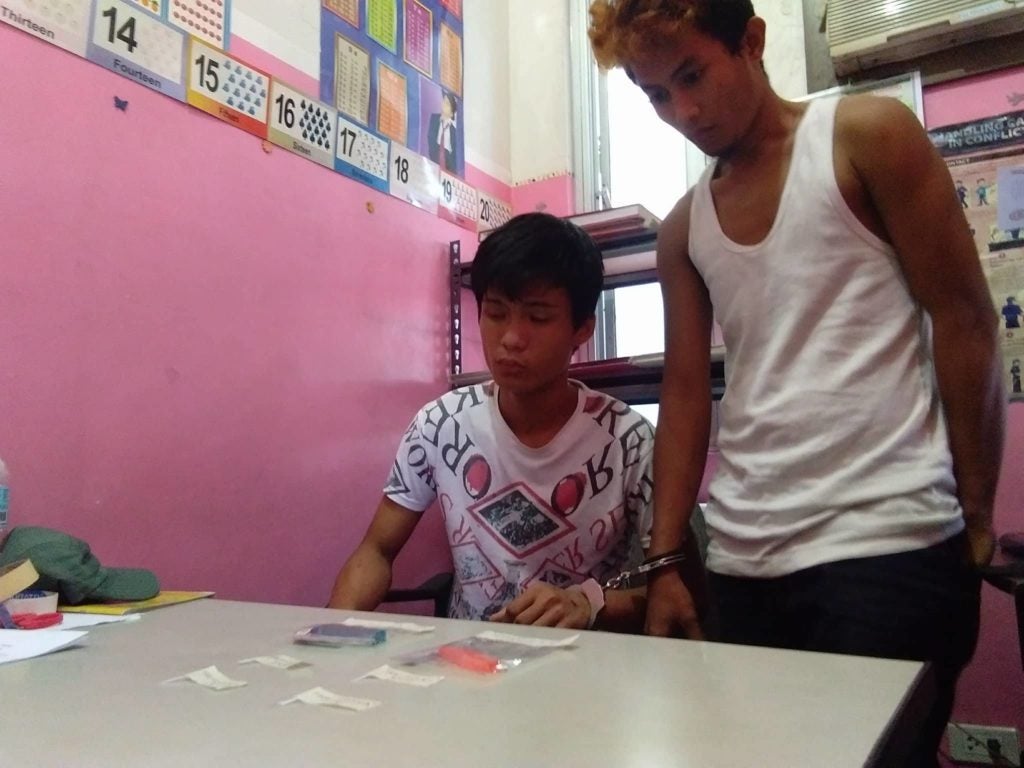 Two members of the “Akyat Bahay” were arrested in an entrapment operation in Barangay Mambaling, Cebu City on Friday morning.

Charlotte Casipong, 21, lost her ATM card and several of her belongings when the home intruders broke into her house in Urgello St. Barangay Sambag 1.

According to PO2 Manuel Luis Sejano of Fuente Police Station, Casipong was asked by the two suspects to give her ATM pin code for an exchange of her belongings.

Casipong immediately reported it to police authorities which led to the arrest of Franklin Vistal, 23, from Barangay Tisa and Christian Kyle Jumao-as, 24, from Barangay Basak, San Nicholas.

The are now detained at Fuente Police precinct pending the filing of charges against them.