Treasures deep within the Cordilleras 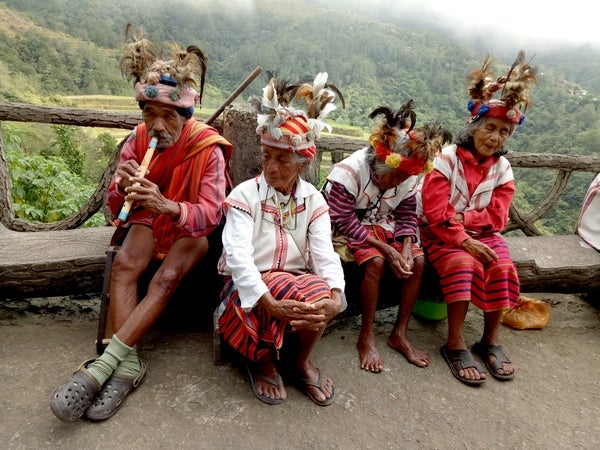 A trip to the Cordilleras is a much-needed breathing space, a breath of fresh air for busy city folks like us.

A chance to witness its rich culture and vibrant scenery is nothing short of amazing.

Although three days wasn’t enough to absorb everything the region has to offer, the stories and memories will be cherished forever.

Today we continue to explore the treasures up in the mountains of the Cordillera Administrative Region.

SUMAGUING CAVE –Considered as one of Sagada’s many attractions, spelunking inside Sumaguing Cave is a definite must-try.

Of all the caves in  Sagada, this has the largest chambers. Make sure to gear up with stretchable, easy-to-dry clothes and non-slippery footwear and get ready to crawl, leap, and slide through various rock formations inside this three-level cave.

The rock surface may look slippery but it’s actually made of sandstone so you won’t slip that easily.

You may want to take a dip into the cool waist-deep pool so bring an  extra set of clothes with you.

SAGADA POTTERY –Another contribution of the Americans to the Sagada community is its pottery.

After seeing  potential in Sagada soil, an American missionary introduced pottery making to the native community.

Sagada-made pieces are suitable as food  and water storage and not for cooking.

With most of the trained potters moving out of town, there are only two of them left in Sagada.

During our visit, we saw one of them forming a water jar. For P100, you get to have first-hand experience in pottery making.

There is also a showroom selling their works.

GANDUYAN MUSEUM –From the outside, this museum might not look that impressive.

But go inside and listen to  the stories behind each weapon, clothing, and ware.

Then you’d gain an insight of the ingenuity and creativity of the Igorots. The museum  is named after Sagada’s original name — Ganduyan.

Word has it  that Sagada got its  current name because of a miscommunication  between natives and Spaniards. When Spaniards met fishermen in Lake Danum, they asked for the name of the place. 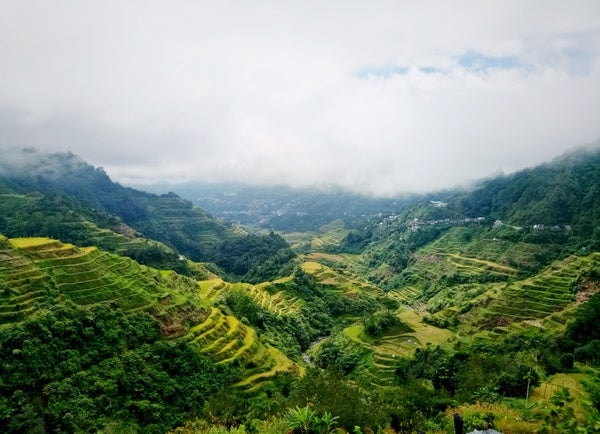 The natives thought they were asking what they were carrying, which were fishing gear called “sagada.”

ORANGE PICKING –We were about to leave Sagada on the morning of Day 3. Lucky for us,  we didn’t have to go  far for some orange  picking.

Rock Inn & Café has an orange plantation in the property.

For P50, pick and eat as much  oranges as you want.

Take some of it home for P80 per kilo.

A breathtaking walk through Ifugao.

It was another three-hour drive from Sagada to Ibulao Ibulao Bed and Breakfast in Kiangan, Ifugao.

On our way there, we got to stop over at some of Ifugao’s famous rice terraces which were hand-carved into the mountains 2,000 years ago to plant rice.

The name Ifugao comes from the word  “i-pugo” which translates to “people of the hill.”

This is because Ifugao is located at a lower level than Mountain Province and Benguet, mostly on rugged terrain surrounded by river valleys and massive forests.

Because of its  location, the temperature in Ifugao is much warmer than its neighboring provinces.

BAYYO RICE TERRACES –Upon arrival at the viewpoint, we were greeted by an old Igorot man dressed in traditional bahag equipped with a native shield and spear.

A tourism representative, local guide, and actor rolled into one, the vibrant man gamely “challenged” some of us to do a portrayal of a fight
using spears and shields.

BANAUE RICE TERRACES –Commonly known as the “Eight Wonder of the World”,
the 2,000-year-old rice terraces located in
Banaue, Ifugao boasts
of a lush green, stunning landscape—a real treat for tourists watching from the viewpoint.

IBULAO IBULAO BED AND BREAKFAST –One hidden gem we discovered during the trip
was this quaint bed and breakfast in Kiangan,
Ifugao.

It has uniquely-designed rooms, each one different from the other .

They have clusters of rooms connected to each other and rooms that can accommodate groups.

What’s interesting is that the intricate wooden and recycled art pieces that are part of the rooms’ décor are personally crafted by the owner.

From logs to vehicle parts to war memorabilia — you’ll find something interesting in every nook.

You can even have the entire place to yourself.

Once someone books a room, even if it’s only good for one or two, they will not accept any other reservation for the entire stay duration.

NAGACADAN OPEN AIR MUSEUM –In the afternoon, we headed to Nagacadan, Kiangan, Ifugao for a one-of-a-kind experience at  their Open Air Museum.

Unlike indoor museums, you get to walk through the rice terraces, the forest, and enter three traditional Kiangan houses with the guidance of tour guides who come from the locality.

It lets you take a look at the history and life of their people outside the four walls of a traditional museum.

The tour culminates at a village with a group of natives chanting and dancing as a form of welcome.

The whole experience is a beautiful immersion to their way of life.

A humble and friendly community welcomes you with open arms for you to learn about their culture and heritage.

So what treasures did I find up in these mountains?

I experienced the richness of Cordillera Administrative Region’s people, culture, nature and heritage.