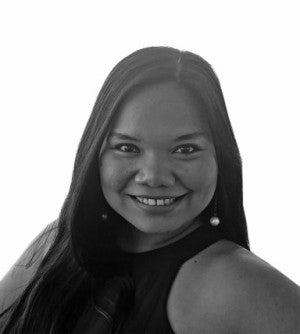 J Centre Mall’s The Atrium in Mandaue City will be overwhelmed by children today as Story Hours — the literacy initiative carried out by Basadours, Cebu Daily News and J Centre Mall — will have its culminating activity starting at 1 p.m.

We are expecting about a hundred of them to participate in a series of storytelling sessions and an exhibit opening, which features 34 stories created by children from September 2016 to August 2017 and illustrated by 27 volunteer artists from all over Cebu.

In the 12 months that we’ve run Story Hours, public and private school pupils participate in three-hour sessions on one Saturday every month, where they get to be involved in a storytelling activity, story writing exercise and a book drive.

More than 300 children participated in the yearlong run from more than 20 schools, organizations and barangays in the cities of Cebu, Lapu-Lapu and Mandaue.

The age range of the participants are between five and nine years old but they are very diverse in terms of socioeconomic status, personalities and even, health conditions.

We had regular school children from underprivileged and well-to-do backgrounds.

There were orphans, abandoned, neglected and abused children. Some are children with cancer.

In the 12 months that we’ve carried this project inside a mall, we’ve been asked why we are doing these sessions in a mall. My answer has been the same since 2012: the mall can be a venue of learning for children.

Back in 2012, when the first Story Hours was still being conceptualized, I thought about approaching a mall to hold storytelling sessions perhaps in a corner and invite underprivileged children.

I was too scared to approach the giant chains so I decided to tap a homegrown mall, Banilad Town Centre. I asked April Rama, who was then with BigSeed PR and Events, if the concept is feasible. BigSeed was BTC’s PR agency then.

April was enthusiastic about the idea and suggested that I incorporate a book donation component in the formula.

Inquirer Visayas Bureau Chief Connie Fernandez asked me if it was doable to carry out a writing exercise after the storytelling session so the children are not just passive listeners but active participants of the process.

I gave it a one-night thought and the three-in-one-afternoon formula was born.

In the storytelling session, we chose a theme of the month, read a book and had question and answer games.

After the storytelling session, we divided the children into two groups — making sure that public and private school children can work together and interact — and with the assistance of an Ate or Kuya from the Basadours, we helped the children in crafting their stories based on the themes.

BigSeed led by Jaja Rama alongside Richelle and former BigSeed lady Ella, were instrumental in the success of the first Story Hours.

It has been an exhilarating ride ever since.

The first Story Hours ran from 2012 to 2013. It was where my adult life stages literally unfolded: I was single when it was conceptualized.

By the culmination program, I was married and had two-month-old twins. We had an exhibit of the stories written by the children and illustrated by volunteer artists. We also compiled the stories with the artworks.

It took a while before the second Story Hours was born.

I guess nobody dared to replicate it because the one-year run is a commitment of time, effort and patience. I came back to Cebu in 2016, quite decided to do the second run and here we are.

Special mention should go out to Kharla-Jyn, Lorjie, Hannah, Ate Abby, Cheche, Janna, Fengee and Pia for the success of this yearlong run.

Of course, Story Hours is a flagship project of the Basadours.

I would be committing an injustice if I don’t mention my reading brothers and sisters in this column and the awesome job that they do in spreading love of reading through storytelling. We are celebrating our Majestic Six anniversary this month.

Happy Birthday Basadours and cheers to more years of stories and magic!

Read Next
Truth and the tenant of Malacañang