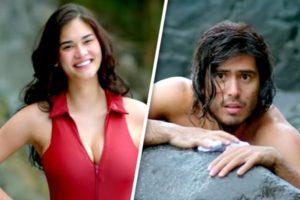 FANS of Gerald Anderson and Miss Universe 2015 Pia Wurtzbach reacted enthusiastically online after seeing the teaser of “My Perfect You,” their first film together.

Only 13 hours after Star Cinema’s official Facebook page dropped the trailer for the upcoming film, it already garnered
a million views.

“Yay! The #MyPerfectYou teaser has reached one million views. Thank you for the love,” the post read.

From the teaser we learn that Wurtzbach plays Abi, the caretaker of “Happy Sunshine Camp” where Burn (played by Gerald Anderson) checked in.

“My Perfect You” is Wurtzbach’s second film with Star Cinema after “Gandarrappido: The Revenger Squad” in 2017 which topped the Metro Manila Film Festival.

“My Perfect You” will hit cinemas nationwide on March 14.