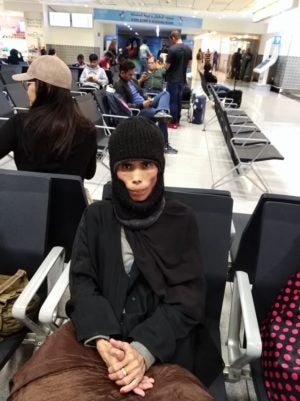 The death of Marivic Muca, a domestic helper in Riyadh, Saudi Arabia, made the rounds in social media as images of her frail state circulated online.

Asia Times previously reported that Muca was allegedly abused and starved by her employers before she died.

Mariz Doria, the relative of the victim, clarified to Cebu Daily News that Muca was not subjected to physical abuse by her employers.

However, she alleged that Muca’s employers failed to pay her P60,000, the equivalent amount of her compensation for three months.

Doria said that Muca was hospitalized in Saudi Arabia prior to her return in the Philippines.

“Niwang kaayo siya unya di na lugos makatabi (She was so thin, and she could barely talk),” Doria said.

The Overseas Workers Welfare Administration (OWWA) had given Muca’s family a cash assistance worth P20,000 and a scholarship to her child, who is a Grade 6 student.