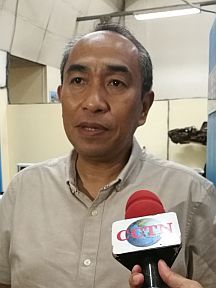 YET another protest action will be held by the Cebu chapter of the militant transport group Piston to oppose the government’s mass transport modernization program next Monday.

The transport group will stage a picket in front of the Land Transportation Franchising and Regulatory Board (LTFRB-7) regional office to denounce plans to phase out passenger jeepneys aged 15 years old and above.

Piston-Cebu coordinator Greg Perez said they will also ventilate their sentiments against the Tax Reform for Acceleration and Inclusion (Train) law which imposes excise tax on fuels.

LTFRB-7 Regional Director Ahmed Cuizon said he advised the group not to inconvenience the riding public and the motorists.

“They are free to express their sentiments on the matter, but I would just like to appeal to them not to wage any transport interruption that would inconvenience the general public,” he said.

Perez said next Monday’s rally won’t affect commuters since not all members will join.

Cebu City Mayor Tomas Osmeña said the city government will prepare buses to fetch stranded commuters. “We’ll do the best we can,” he said.