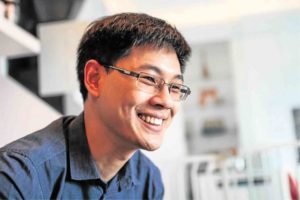 Tax perks should be a temporary come-on for investors to continue pouring money into the Philippines while more pressing concerns are still being addressed, a Cebu business leader said.

Despite the statement of the Department of Finance (DOF) that there are more pressing concerns that need to be addressed to ensure more investments, Cebu Business Club (CBC) President Gordon Alan Joseph said incentives would ensure that investors still see the country as an investment prospect.

“What the DOF said is correct but in the absence of improvements to these areas of concern, then there should be incentives to mitigate the high cost of doing business here,” he told Cebu Daily News.

Finance Undersecretary Karl Kendrick Chua earlier pointed out that incentives are not among the top pressing concerns of prospective investors in doing business in the country.

Citing results of the 2017 World Economic Forum survey, Chua said investors themselves have cited four more important and pressing concerns than tax perks that they want the Philippines to address for them to bring in more investments.

These were the infrastructure gap, inefficiency in government, corruption, and the high cost of doing business in the country. Tax rates and incentives ranked fifth in the same survey.

He said it is important to promote foreign direct investments (FDIs) in order to create jobs.

“We should do everything we can to attract investment. Incentives can have limited time spans, say five years, until all corrections are in place,” Joseph said.

“We have competition for investments and we cannot afford to pretend that they are lining up to invest here,” he added.

The DOF issued that statement following claims from some business and industry groups and investment promotion agencies that the government’s rationalization of tax incentives being enjoyed by investors would drive away present and future investments.

Mandaue Chamber of Commerce and Industry (MCCI) President Stanley Go, however, agreed that tax breaks is just one consideration for businesses and investors before setting up shop in the country.

The most important thing for government to ensure, he said, is to make doing business easy for investors.

“When you decide on a location for your business, the consideration is the ease of doing business. No matter how much tax breaks you give, if it is difficult to deal with the government, if there’s no ease in doing business, they will not push through,” he said.

Go explained that tax perks are only good for a certain number of years whereas investors are looking in the long term when planning to pour in money into a country. This is why ease of doing business would give confidence to investors to invest.

The availability of manpower and talent is also another consideration.

“But of course, it is a nice icing to have those tax breaks, although not the most important,” he said.

And with the campaign promise of President Rodrigo Duterte to cut down corruption in government and remove red tape, he said this would also help.

The government’s increased infrastructure spending program is another key in doing this, he said.

“The ingredients are there. Maybe it is a work in progress, but I believe is being addressed by the current government,” Go said, adding this was one of the reasons why the Philippines was ranked first out of 80 countries in the “Best Countries to Invest In” report by U.S. News and World Report released last February.

The DOF also said that far from removing all fiscal incentives for businesses, the Duterte administration just wanted to “harmonize and modernize” such perks under Package 2 of the Comprehensive Tax Reform Program (CTRP) to ensure that these are “targeted, time bound, transparent and performance-based.”

“That the government will put a stop to current incentives is a misconception of the proposed modernization of fiscal incentives. This is simply not true. Incentives will remain to be granted, but more judiciously this time so that there is a better balance between the investment and fiscal sustainability goals,” Chua said.

On top of modernizing tax incentives, he said the government must tackle the “real issues” raised by investors in the World Economic Forum survey, along with improving human capital, investing in infrastructure and relaxing foreign ownership restrictions to attract more investments.

“Incentives should not be used as a band-aid solution. This is what the country has been doing for 50 years so it is high time to change this misguided policy,” Chua added.