UPMG inducts officers and Board of Directors 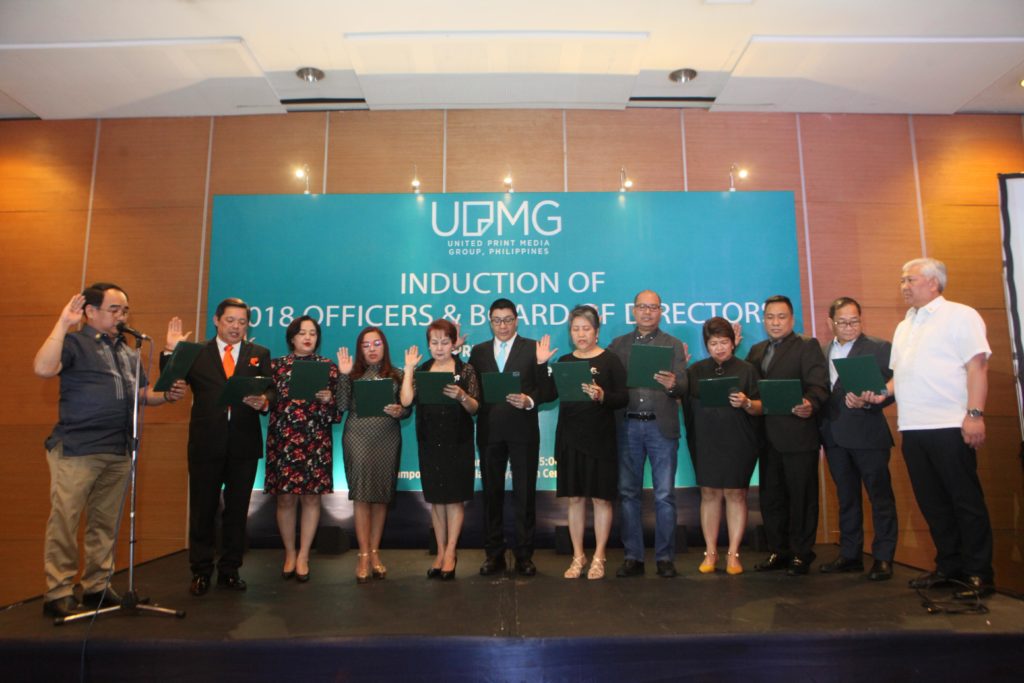 United Print Media Group (UPMG), a progressive organization of print media and publication companies in the Philippines, recently inducted its newly-elected officers and board of directors at the JY Campos Hall B of Unilab Bayanihan Center in Pasig.

Elected as President for the second time, Barbie Atienza in his inaugural speech emphasized the role of print and its integrity in the expanding horizon of media communications wherein print credibility remained to be a truthful source of information then and now.

The presence of ASec. Ricky Alegre of the Department of Tourism who has been one of the pillars of the organization and a past UPMG President made the occasion even more memorable.

Another special part of the Induction Night was the renewal of oath of membership and the ceremonial pinning of UPMG Pins among the members.

Founded on July 27, 2001, from a merger of PRIMO (Print Media Organization) and PRADO (Print Advertising Organization), resulting in one “Unified” group, UPMG presently has 32 active members with over 100 titles.

The UPMG Induction Night was an evening of renewed commitment among its officers and board of directors and unwavering support from its members.